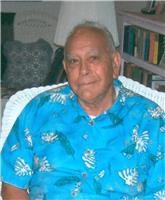 BORN
1932
DIED
2021
FUNERAL HOME
Danekas Funeral Chapel & Crematory - Colville
155 W First Avenue
Colville, WA
Eugene "Gene" Ralph Spring, a 52-year resident of the Evans, Washington, area passed away on Aug. 2, 2021, at his home.
Gene was born on Sept. 3, 1932, in Ballantine, Montana, the son of Ralph Henry and Rintha Etta (Kaiser) Spring. Gene left home early to work and begin supporting himself.
Due to his dyslexia, Gene's education ended in the third grade and he was proud to have become a college certified welder in later years.
He developed a strong work ethic early on as he needed to provide for himself.
He eventually left Montana and began working road construction in Oregon.
Gene married Mary Garrett and they had two daughters, Kathleen and Laureen. His young family was involved in a tragic automobile accident and he was widowed and lost both children in 1961.
Gene continued to reside and work in Oregon where he again found love and married Sharleen C. Stacy.
Their family grew with the births of their sons, David and Daniel.
Gene purchased a farm north of Colville, Washington, while working in Oregon. His parents and siblings moved to the farm ahead of his arrival in 1969 to assist with the operations.
Gene's boys worked alongside him upon their arrival and for many years. Gene also worked at Avey Brother's Lumber until 1972.
He then turned his attention to building wood stoves and purchased the Shriner Post Driver Patient and ran Arden Equipment with a partner.
In 1985, he and Hap House purchased Colville Post and Pole, which they operated until 2005.
Gene's wife, Sharleen, passed away in on March 8, 2000. He continued working long days and resided on the farm.
In October of 2003, Gene was blessed with a marriage to Anna M. Irby. They then shared retirement and enjoyed tending to the needs of the farm while embracing a slower pace of retirement.
Gene is "one of the good guys" and served each day with an unbreakable devotion to God. He looked to each day as an opportunity of ministry in sharing the gospel, his gratitude and the goodness he had been provided without reservation.
He had the ability to create and build anything, which coupled well with his desire to get the job done no matter how long it took.
He loved to use machines and motors to assist him with projects and propulsion from one place to the next.
He was a man who was consistent in character, offered honesty without filter or falter and never gave worry to "the small stuff," which was most everything.
Gene was a longstanding member of the Gideons.
He was preceded in death by his wives, Mary and Sharleen; two daughters, Kathy and Laura; a grandson, Joshuah; his siblings, Virginia, Lloyd, Ed, Norman, Eleanor, Marcella, Frank and Darrell, and his parents.
Gene is survived by his wife, Anna Spring of Evans; two sons, Daniel Spring (Karen) of Colville, and David Spring (Shannon) of Oregon; siblings, Neil, Eileen, Larry and Brenda; grandchildren, Tristin, Tiffany, Logan, Natalie and Nacole; and a host of extended family.
The funeral service for Mr. Eugene "Gene" R. Spring will begin at 10 a.m., Friday, Aug. 13, 2021 at the Danekas Funeral Chapel in Colville.
A graveside service and vault interment will follow at the Mountain View Park Cemetery in Colville. Pastor Shane Moffitt will officiate. Memorial contributions may be given to the Gideons.
Danekas Funeral Chapel and Crematory is entrusted with the arrangements.
Published by The Statesman Examiner from Aug. 10 to Aug. 11, 2021.
To plant trees in memory, please visit the Sympathy Store.
MEMORIAL EVENTS
Aug
13
Funeral service
10:00a.m.
Danekas Funeral Chapel & Crematory - Colville
155 W First Avenue, Colville, WA
Funeral services provided by:
Danekas Funeral Chapel & Crematory - Colville
MAKE A DONATION
MEMORIES & CONDOLENCES
Sponsored by Danekas Funeral Chapel & Crematory - Colville.
1 Entry
My thoughts and prayers are with Anna while she grieves the loss of her husband. May the good Lord surround her with His love. Love, Shari (Clara)
Shari (Clara)
Other
August 28, 2021
Showing 1 - 1 of 1 results