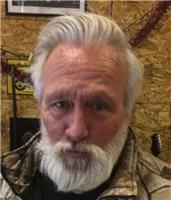 BORN
1944
DIED
2021
FUNERAL HOME
Danekas Funeral Chapel & Crematory - Colville
155 W First Avenue
Colville, WA
George "Papa" Lesley Welch of Addy, Washington, passed away too soon on Sept. 17, 2021, in Chewelah, Washington.
He was born in Portland, Oregon, on June 19, 1944, to Lesley and Doralee (Nixon) Welch.
Doralee later married Arthur Erickson, who became a strong father figure to George, who was raised in Portland.
In 1962, George joined the United States Navy, where he served aboard the U.S.S. Midway stationed just outside of Hong Kong.
After his time in the military, he moved to Kirkland, Washington.
While on a trip to Wisconsin, he met Joanne Wyne and the two wed on Dec. 4, 1965. They welcomed a daughter, Lori, in September of 1966, then a son, Les, in April of 1972.
George drove long-haul for many years, allowing him to travel all over the U.S. During the summer months, the whole family would head out on long hauls with him.
Motorcycles, music, hunting and fishing were George's passions. When he retired in 2000, he and Joanne moved to Addy. Sadly, they later divorced.
George was not the kind of man to lay idle; he was constantly doing something to stay busy. He built a large shop where he could work on his motorcycles or play music with his good friends, Don, Ron, Rick and Steve.
George was a great mechanic and a "jack of all trades." He was always working on and around his property.
Though George could be a bit ornery or stubborn at times, he was a friend to all and was always there to lend a hand to anyone in need.
George loved spending time with his grandkids and they enjoyed listening to the stories he had to share.
George's passing has left a huge void in those that knew him best.
George was preceded in death by his parents, Lesley, Doralee and step-father, Arthur.
He is survived by his daughter, Lori Ashley (Brian); son, Les Welch; daughter-in-law, Rosemary; grandchildren, Rachael Morris (Marcus), Alyssa Christiansen (Kris), Takota Ashley (Gracie), and Hannah Welch; great-grandchildren, Kaili, Kade, Kyndall, Piper, Paisleigh, Paxden.
Please visit the online memorial and sign his guestbook at www.danekasfuneralchapel.com. Danekas Funeral Chapel & Crematory has been entrusted with arrangements.
Published by The Statesman Examiner from Sep. 28 to Sep. 29, 2021.
To plant trees in memory, please visit the Sympathy Store.
MEMORIAL EVENTS
To offer your sympathy during this difficult time, you can now have memorial trees planted in a National Forest in memory of your loved one.
Funeral services provided by:
Danekas Funeral Chapel & Crematory - Colville
MAKE A DONATION
MEMORIES & CONDOLENCES
Sponsored by Danekas Funeral Chapel & Crematory - Colville.
0 Entries
Be the first to post a memory or condolences.