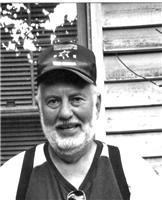 BORN
1948
DIED
2021
FUNERAL HOME
Danekas Funeral Chapel & Crematory - Colville
155 W First Avenue
Colville, WA
Mike Blackman, son, husband, father, grandfather, and great-grandfather passed away quietly and peacefully on Aug. 25, 2021, in Colville, Washington.
Mike was born 73 years ago on Jan. 9, 1948, in Sioux Falls, South Dakota, the son of Robert D Blackman and Levonne Fae (Gillette) Blackman.
Mike went to school in Sioux Falls through his freshman year of high school. Then his family moved to Kettle Falls, Washington, where he graduated from Kettle Falls High School in 1966.
After graduation, he enlisted in the Navy, served four years and was honorably discharged in December 1970 in San Francisco, California.
He returned to Kettle Falls and, while working at Brauner Lumber Mill, Mike discovered his soulmate, Janet Elizabeth Kowitz. On Jan. 8, 1972, they were married at the Kowitz Family Farm located in the Garden Valley Community.
Mike had a distinguished career in law enforcement. He was the first Ferry County Deputy Sheriff and, in 1974, was appointed Sheriff of Ferry County. During his term as Sheriff, he was instrumental in overseeing the design and construction of the Ferry County Jail.
He continued as Sheriff until 1983, and then he and his family moved from Republic, Washington, to Kettle Falls.
Mike was soon appointed as a Stevens County Deputy, became a Detective and then advanced to Inspector.
He was with Stevens County law enforcement for 17 years. At one point in his career, he was a private detective working at the Gold Hill Detective Agency.
Mike had a very "common sense" approach to law enforcement. He treated people fairly, was adept at analyzing situations and, as a result, was an excellent representative of law enforcement.
Mike loved hunting and fishing. Apparently, he had to be restrained at times. His family tells the story of his father going to the high school and taking a tire off his car so he couldn't leave the school and go hunting.
He was an excellent marksman and skilled hunter. One year he came home carrying a bull moose.
There was nothing bashful about his approach to the outdoors. He went with close friends to hunt and fish, and his family was an integral part of his outdoor life.
There were many times when he and Jan would take their ATV and travel through the woods.
When you visited the Blackmans on a Fall Sunday you would more than likely see Mike watching a Seahawks game. His family reports that he never missed a Seattle Seahawks game. Apparently, the same could be said of the Gonzaga men's basketball team. He followed every game he could.
Televised sports were a great source of entertainment for Mike and it was always fun to sit and chat about his favorite teams.
Mike experienced more than his share of grief. He agonized over the cancer of his grandson, Gregory Hall, who finally succumbed to the awful disease. He shared a lifelong bond with his brothers, Dan and Tim Blackman, and both preceded him in death. He was also preceded in death by his father, Robert Blackman, and his nephew, Casey Eslick.
It was delightful to visit with Mike. He could converse on a number of topics. He had an excellent knowledge of firearms and could easily answer questions any visitor had. When you talked with Mike, you knew you had his full attention ,and if you needed help he was ready to extend a hand.
Mike enjoyed running his camera and capturing moments to remember and he captured the hearts and minds of those he knew and loved.
Mike is survived by his wife, Jan Blackman of Kettle Falls; daughter, Amy Hall (Randy) of Colville; son, Adam Blackman (Lyndsey) of Salt Lake City, Utah; sisters, Sherry Fox (Dale) of Colville, Patty Chester (Dan) of Colville, and Gloria Petersen (Fred) of Colville; mother, Levonne Blackman of Colville; grandchildren, Ricky, D.J., Gentry, Sasha, Dyllan, Benton and Cooper; great-grandchildren, Khloe and Kole; and a host of extended family and friends.
A memorial service for Michael David Blackman will begin at 1 p.m., Friday, Sept. 3, 2021, at the Garden Valley Community Church near Kettle Falls, Pastor Shane Moffitt will officiate.
Memorial contributions may be given to the American Childhood Cancer Organization of the Inland Northwest (ACCOIN)
Please visit the online memorial and sign the guestbook at www.danekasfuneralchapel.com. Danekas Funeral Chapel and Crematory is entrusted with the arrangements.
Published by The Statesman Examiner from Sep. 7 to Sep. 8, 2021.
To plant trees in memory, please visit the Sympathy Store.
MEMORIAL EVENTS
Sep
3
Memorial service
1:00p.m.
Garden Valley Commumity Church
85 Lake Ellen Rd, Kettle, WA
Funeral services provided by:
Danekas Funeral Chapel & Crematory - Colville
MAKE A DONATION
MEMORIES & CONDOLENCES
Sponsored by Danekas Funeral Chapel & Crematory - Colville.
0 Entries
Be the first to post a memory or condolences.