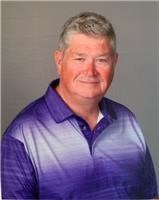 BORN
1953
DIED
2021
Richard Keith Lembcke was born on May 3, 1953. He was later adopted by Richard and Gladys Lembcke and they made their home on Long Alec Creek in Curlew, Washington.
Later, a sister, Carolyn, was also adopted and the family was complete.
Keith loved his childhood spent playing with Carolyn and cousins who also lived nearby.
He graduated from Curlew High School in 1971. He then met and married JoAnne LaFrance in Canada. They had a son in 1973.
They soon divorced and Keith moved to Spokane, Washington, where he attended Kinman Business University for a while.
While living in Spokane, he met Cathy Raney and they were married Nov. 7, 1975. During their 30-plus years of marriage, Keith and Cathy were blessed with six children, three boys and three girls.
Keith and Cathy separated in 2007 and later divorced.
Throughout his life, Keith had many jobs. Above all other occupations, he dedicated himself and applied his early inherited skills to the timber industry.
Keith was a committed, adaptable, and hard worker. He could operate most, if not all, equipment of the trade with great ability and expertise.
He made and maintained many relationships in his many years in the profession. It would be fair to state there isn't likely anyone in a lumber-related company who isn't familiar with the name Keith Lembcke.
Keith eventually had to retire due to an industry-related accident.
In late 2007-2008, Keith began his long-time romance with Eloise Weaver. They had spent the last 14 years together enjoying their combined friends and family, boating, camping, traveling and making Arizona their home for the winters. Their many years together and mutual love for traveling took them to a variety of amazing destinations.
In fact, in 2019, Keith was able to find a birth family member, his brother Rick Washington, via an online ancestry site and traveled across the United States to North Carolina to reunite with him and his family.
Over the years, Keith had a variety of interests and hobbies. He played the guitar, piano, and accordion. He was an excellent mechanic and was always working on cars and his logging trucks.
He was a member of the Colville Eagles where he enjoyed playing pool, playing cards, and, most of all, dancing.
He had also participated in a bowling league, loved bocce ball, RC car racing, shuffleboard, and throwing horseshoes.
He was up for just about any game and had a competitive but humble sportsmanship spirit.
Above all, Keith loved having a good time with the people he loved. He offered his time to anyone who needed it.
He especially enjoyed volunteering his time to sports groups his sons participated in. He was a youth baseball coach, umpired baseball games, and helped with the Mat Dog's Wrestling practices.
He was a proud dad, papa, and grandpa and vocalized it often. He was always happy when he could take his grandkids to breakfast at the Little Gallea Restaurant in Kettle Falls before school.
Keith had a long list of attributes that he will be remembered for. He was kind, caring, humble, respectful, hardworking, giving, outgoing and, most of all, he had the best sense of humor that can be given to any one human being by God. It truly was his ultimate joy to make people laugh.
Richard Keith Lembcke passed away on Sept. 23, 2021. He was proceeded in death by his father, Richard Lembcke and his mother, Gladys Lembcke of Curlew, Washington; his birth father, William Lee Washington of Angier, North Carolina; and his birth mother, Emma Faye Denton of Coats, North Carolina.
He is survived by his long-time girlfriend, Eloise Weaver of Colville, Washington and her son Randy Nilles of Spokane Valley, Washington; sisters, Carolyn (John) Streight of Nine Mile Falls, Washington, and Cindy Moore (Steve) of Pittsboro, North Carolina; his brother, Rick Washington (Kathy) of Siler City, North Carolina, the mother of his children, Cathy Lembcke of Colville, his children Richard Lembcke (Sheena) of Colville, Brian Lembcke (Becky) of Marcus, Carey Lembcke (Tina) of Colville, Laura Lembcke of Colville, Lisa Wicks (Dave) of Kettle Falls, Lynn Whitaker (Clyde) of Kettle Falls, Christopher Lembcke of Colville.
Keith was also blessed with nine grandsons, 14 granddaughters, two great-grandsons, one great-granddaughter and countless distant relatives, close friends, and acquaintances.
Published by The Statesman Examiner from Oct. 5 to Oct. 6, 2021.
To plant trees in memory, please visit the Sympathy Store.
MEMORIAL EVENTS
Oct
2
Memorial service
1:00p.m. - 4:00p.m.
Colville Eagles Lodge #2797
608 N. Wynne St., Colville, WA
MAKE A DONATION
MEMORIES & CONDOLENCES
0 Entries
Be the first to post a memory or condolences.