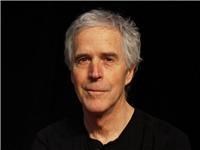 BORN
1948
DIED
2021
On Friday, July 23, 2021, Richard Lowell, loving husband and father of three sons, unexpectedly passed away at the age of 72.
Richard was born on Nov. 14, 1948, in Spokane, Washington, to Roy and Florence Lowell and was the youngest of three, having two older sisters, Lynn and Janet.
In 1948, the family moved to Colville, Washington, where his youngest brother, Jim, was born and Roy worked as a small town physician.
In 1953, the family purchased a cottage on Christina Lake, where Richard enjoyed many summers and learned to slalom water ski.
He also became proficient in golf while working at the Elks Golf Course in Colville, and in skiing at Chewelah Peak and Red Mountain, British Columbia. He participated in Little League baseball (the Blackhawks), coached by father Roy, and the Boy Scouts, which served to build Richard's interest in mountaineering and outdoor activities.
Richard attended high school at St. Georges (Fr), Colville High (Soph) and Gonzaga Prep (Jr/Sr), where he graduated.
He went off to get his bachelor's degree in Civil Engineering from Gonzaga University, working on highway construction crews near Colville.
Next, he attended dental school at the University of Washington, where he received his doctor of Dental Surgery degree  in 1976.
These years also launched Richard's music career as lead guitarist with the "Shalimars," in 1965/66, and with "Feelings," from 1969 until 1971, and as a keyboardist, ultimately placing second in the KXLY Battle-of-the-Bands event.
During dental school in 1974, he met Cindy (Gudgel) Folsom, whom he married on Aug. 12, 1977. Together, they established "Lowell Dental" in Monroe, Washington, where he spent his 34-year career in dentistry.
They raised three sons, Jensen, Frazier, and Cameron.
Through a shared love for skiing, Richard later married  Donna Carlson on Jan. 1, 2000, who has since been his forever sweetheart.
With Donna, his family grew with her children Mitchell, Meghann, Jody, Brett, and many grandchildren.
Throughout the years, Richard was very active.  He engaged in bicycle tours across Washington, British Colombia, and the STP event to Portland.
His mountaineering included numerous ascents of Cascade and Olympic peaks, including many summits on Rainier, and particularly technical routes on Rainier's liberty ridge and Mount Stuart.
Kayaking adventures included one to two week expeditions down Japan's coast, in arctic Canada dodging ice floes, and the Irish coast with son Jensen. Richard moved from downhill to Nordic skiing, and taught Nordic for many years with the Stevens Pass ski school.
In more recent years, Richard returned to music, forming the band, "F Street Project" and playing events throughout the Snohomish/Everett area, again, as keyboardist.
He became an accomplished jazz pianist, and the sounds of his piano filled his home every morning.
Richard also had a strong interest in family genealogy, with research and writings on family history.
He was a lover of nature, creating a peaceful garden oasis at home, tracking weather patterns via satellite reports, and having a fond relationship with the moon and stars.
His thoughtful discussions about the world and his sense of humor will be forever missed by all who knew and loved him.
He was active in the community, serving as a long-time member of Kiwanis of Monroe, teaching at the hygiene school of Lake Washington Institute of Technology, proudly supporting the local Thumbnail Theatre, and, most recently, participating in Toastmasters of Snohomish.
Richard is survived by his wife, Donna; sisters, Lynn Tennican, Janet Nelson, and brother Jim Lowell; his sons, Jensen, Frazier, and Cameron; Donna's children, Brett, Jody, Mitchell, Meghann, and many grandkids. Richard had one granddaughter, Cadence.
In lieu of flowers, donations may be made to  the  [Thumbnail Theater]  of Snohomish, WA.
Published by The Statesman Examiner from Aug. 3 to Aug. 4, 2021.
To plant trees in memory, please visit the Sympathy Store.
MEMORIAL EVENTS
To offer your sympathy during this difficult time, you can now have memorial trees planted in a National Forest in memory of your loved one.
MAKE A DONATION
MEMORIES & CONDOLENCES
5 Entries
Richard was one of the most gentle, caring and talented man we had the pleasure of knowing. Our hearts are broken for Donna and all the family.
Steve and Patti Campbell
Friend
October 1, 2021
My thoughts and prayers go out to the entire family. I just found out today about Richard and my heart hurts. I loved Richard, he was my friend, and sometimes he did things for people that no one knew he did, except the person for whom he did them. I was one of those people. Richard was loving, kind, and humble, and one of the best people I ever met. My heart is with Donna and all the rest of the family.
Ron Groves
Friend
September 22, 2021
RIP my friend. A man for all seasons who gave so much to so many.
Jihn Egger
Friend
August 5, 2021
Please accept our sincere condolences; we enjoyed Richard's enthusiasm and generosity.
Larry and Lacie Abell
Work
August 4, 2021
Fellow trip ascender of Mt. Rainier..great companion.
Norm Ogden, Colville
August 4, 2021
Showing 1 - 5 of 5 results