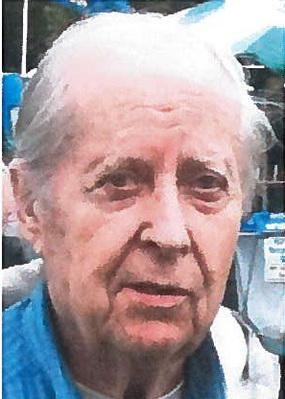 Cliff Smith of Salem, Oregon passed away on Saturday, October 26, 2013 at Salem Hospital from a hemorrhagic stroke at the age of 86. The family wishes to thank their many supportive friends, and the caring staff at Bonaventure Assisted Living and Salem Hospital.

Clifford A. Smith, Jr. was born on September 26, 1927 in Brooklyn, New York to his parents Clifford and Florence Smith. He was a US Navy veteran, entering military service at age 17 as a Radioman near the close of World War II. Cliff married Joyce C. Jefferies of Columbus, Ohio on August 16, 1958. He drew lifelong joy and strength from their shared love and commitment. Cliff and Joyce lived on Long Island at a small apartment in Bayshore, New York until moving to their own house in Smithtown, New York in 1962. Here they settled and would raise their son, Philip. Cliff Smith truly enjoyed his work as a land surveyor. He partnered with Ernie Jung in 1966 to start the land surveying firm Smith & Jung of Patchogue, New York. Eventually with partner Scott Gillis, the three formed the current professional land survey company of Smith, Jung & Gillis. Clifford Smith was a life member of the New York State Association of Professional Land Surveyors and the Long Island local association of Nassau-Suffolk Civil Engineers. In 2006, Cliff and Joyce relocated in retirement to Salem, Oregon to be closer to their family.

Cliff enjoyed a fun and fulfilling life. He liked the company of friends and many activities and hobbies including ham radio, astronomy, earth science, maritime history, sailing, motorcycle riding and stamp collecting. Beginning in the late '50s, he was a gymnast and spent many years hand balancing with partners Harold Daly and Bob Pataky at the Jamaica YMCA in Queens, New York. These friends shared an extraordinary camaraderie of active fun and would quickly fill most any room with joy and laughter.

Church life was very important to Cliff. In Smithtown, New York, he and Joyce were long members of Saint Thomas of Canterbury Episcopal Church. For many years, Cliff enjoyed singing with the choir, serving on vestry, and took great pleasure in assisting in the upkeep of the building and grounds. Upon moving to Oregon, Cliff and Joyce became members of Saint Paul's Episcopal Church in Salem. They enjoyed making new connections and being welcomed into this warm and generous community.

He was an active amateur radio operator, call sign N2AKZ. Cliff was a current member of Salem Amateur Radio Club (W7SAA) and the Amateur Radio Relay League. He was a former member and newsletter editor with New York's Suffolk County Amateur Radio Club (W2DQ). His silent key will surely be well remembered by these groups and the New York State second region net and local MARS affiliates.

Cliff Smith is preceded in death by his wife Joyce, sister Florence, and brother Richard. He is survived by his son Philip, daughter-in-law Beth, granddaughter Amelia, sister Fay, and his brother Ron.

A memorial service will be held in the chapel at Saint Paul's Episcopal Church in Salem, Oregon at 2:00 p.m. on Monday, November 4, 2013 preceding final resting and burial at Belcrest Memorial Park, Salem, Oregon.

The family suggests that memorials may be made to the Oregon Museum of Science and Industry's (OMSI) Planetarium. Virgil T. Golden Funeral Service is in charge of arrangements.

I miss Cliff and was sad to see the silent key notice. But have fond memories of his dedication to the hobby and his positive personality.

Anne Fanelli, WI2G
December 19, 2013
Cliff it is with JOY that I remember you as a vital member of St Thomas of Canterbury. Peace and Love to those you left behind. I am sure Joyce was waiting for you patiently. Enjoy your forever!!! Kathy Willig
November 1, 2013
Bye to one of the sweetest people.