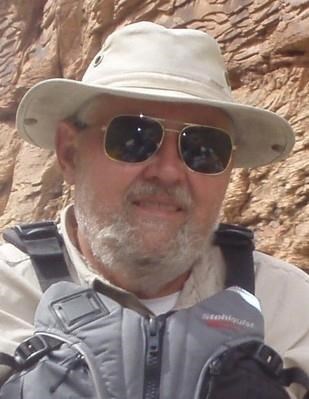 Dave was born in Astoria, OR and raised in Corvallis, OR where he graduated from Corvallis High School. He attended Oregon State University where he lettered in Rugby. He began working at Mt. Bachelor ski area where he spent his spare time skiing. Eventually he went back to school and got an Associate Degree from Linn-Benton Community College in Data Processing. Dave headed off to Salem and spent his entire career at the same company with three owners. II Morrow, UPS and Garmin.

His favorite activity was white water rafting where he floated many of the wild rivers in the Pacific Northwest. He was also an avid sports fan of both the Beavers (all sports) and the Seahawks. Other loves of his besides his cats were the environment and music.

Dave was preceded in death by his father Harold Werth of Corvallis. He is survived by his mother Gloria Werth and sisters Bonnie (Leggett) and Carrie (Werth-Rudolph).

A celebration of Life will be held in the summer. In lieu of flowers memorials may be made to KYAC - Community Radio (www.KYACFM.org), Climate Science Legal Defense Fund (www.csldf.org), or American Cancer Society (www.cancer.org).


Published by The Statesman Journal on Jan. 27, 2019.
To plant trees in memory, please visit the Sympathy Store.
MEMORIAL EVENTS
To offer your sympathy during this difficult time, you can now have memorial trees planted in a National Forest in memory of your loved one.
Funeral services provided by:
Johnson Funeral Home - Salem
MAKE A DONATION
Please consider a donation as requested by the family.
MEMORIES & CONDOLENCES
Sponsored by Johnson Funeral Home - Salem.
0 Entries
Be the first to post a memory or condolences.