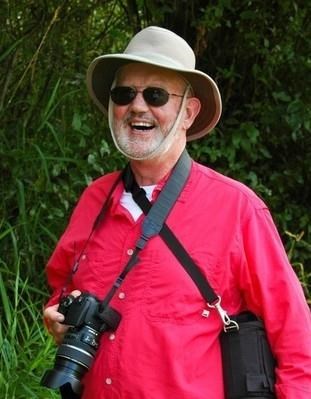 Fred was of that rowdy generation coming of age in the 1960s that changed American society and have kept on being a force in society. Born (August 16, 1938) and raised (the '40s,'50s and '60s.) in Salem, Oregon. He graduated from North Salem High in 1957. Both parents came from large families, so he was surrounded by uncles, aunts and more cousins than he could count. He tried out a number of colleges and universities before graduating with a BS and MS from Oregon State University. There he got his love of the biological sciences. For his major research project, he went rattlesnake hunting near Sweet Home and bagged a number of them, hauling them carefully to the OSU lab. He would reached into the wooden crate he kept them in and grabbed one of them each day to draw its blood for his research project, and avoid them drawing his blood, or worse. At OSU he met the love of his life, Nadine Klecha, in a biology class, and they married in June of 1967.

Fred was raised to pay his own way in life: financing his education by working at Blue Lake Packer's cannery every summer and spending eight years in the Oregon National Guard and Army Reserve as a part-time soldier, where he could use his science background as a chemical warfare specialist.

After college, Fred and Nadine were accepted at Cornell University in Ithaca, New York in the PHD program for biology. They loaded their car with suitcases and camping equipment and crossed the US, camping every night where they could. Cornell was much different than OSU—more formal in dress and extremely cold winters. After four years they were new PHDs in Biology.

Nadine was hired by the University of California at Davis and they moved there where Nadine taught for 23 years. They lived in Davis for a few years and then moved to nearby Dixon. Fred, after a three-year teaching position at Yankton College in South Dakota, living a "long—distance" relationship with Nadine and experiencing winters that account for many Dakotan moving out West, packed up his car and returned to Davis. He was hired by the Environmental Health and Safety Department of UC Davis, which was a perfect fit for him: he worked outdoors often, worked with great people, and was presented with many challenges that he loved to take on.

They both enjoyed raising and training Airedale Terriers. The lovable Airdales won their hearts and it was a fun, win-win relationship. Many of their dogs became champion show dogs, but at home they were a joy to be with (even though they "ruled" the roost).

In November 2009, Nadine was diagnosed with cancer and died shortly afterwards. Fred's 42-year marriage to Nadine ended. He started a new phase of life. He always found it easy to meet people: finding companionship with new and old friends. He laughed a lot and had a ready smile. He would fly up to Oregon to visit his brother Don and wife Judy, go to family reunions and visit favorite places like Silver Creek Falls and the Oregon Coast. At home, he always had at least one Airdale who wouldn't allow him to become complacent.

Fred contracted pneumonia in April, which quickly became severe pneumonia, putting him in the ICU at Sutter Davis Hospital where he died on May 2, 2020. A loving thank you to the hard-working doctors and nurses of Sutter Davis Hospital ICU for their efforts, support and concern for Fred's health and welfare.

Fred is survived by his brother Don Jacobsen and sister-in-law Judy Jacobsen of Jefferson, Oregon; numerous cousins; and his "support family," the Margaret Stake (caregiver) family. Fred was laid to rest with his spouse at Silveyville Cemetery in Dixon.


Published by The Statesman Journal from May 6 to May 10, 2020.
To plant trees in memory, please visit the Sympathy Store.
MEMORIAL EVENTS
To offer your sympathy during this difficult time, you can now have memorial trees planted in a National Forest in memory of your loved one.
MAKE A DONATION
MEMORIES & CONDOLENCES
Sponsored by Statesman Journal.
6 Entries
I learned a million things from Fred, he was the most knowledgeable person in our EH&S Department and loved to share his knowledge in a respectful, personable, and helpful way. He always had his door open and everyone came to Fred for advice on every topic related to campus health and safety, for his wide spectrum mastery. During the years when my office was next door to his, I always got to hear about everything important happening on campus! Love you, Fred!
Christine Judal
Coworker
May 23, 2020
Fred always greeted everyone with a smile! Met him when he was with EH&S and I worked at Employee Health. Wonderful to live one block away and could enjoy visits with he and Nadine walking their beautiful dogs. What a great couple. They will be missed many! My condolences to the family.
Mary Anderson
May 19, 2020
Fred was a wonderful mentor and boss. His sense of humor and sense of fun made working with him a pleasure. I learned so much from him. He will be missed.
Debbie Decker
Coworker
May 19, 2020
I was so sad to hear about Fred. He was my co-worker, Car pool buddy and also my neighbor. May he rest in peace. My deepest condolences to his family. ❤
Vichi Brownlee
Coworker
May 19, 2020
Fred and I became office mates in 1984. We soon became fast friends.

Later, Fred became my Assistant Director of Environmental Health & Safety. He gave me a sign when I was appointed director and told me to read it very carefully. It read "Old age and treachery will overcome youth and skill." Fred had a good sense of humor.
Carl Foreman
May 19, 2020
So sorry to hear about Fred. My condolences to you and Judy. I know the pain of losing a brother. He had a wonderful life and will be missed as well as remembered. Be safe.
Rob Huddleston
May 10, 2020
Showing 1 - 6 of 6 results