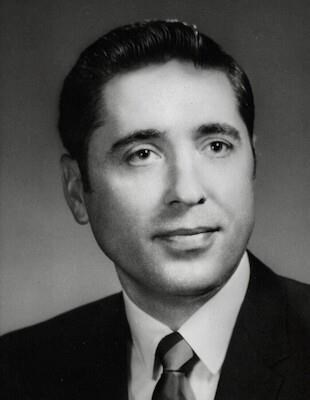 Monmouth - George E. Carlisle died in his home in Monmouth, Oregon on Friday July 2. He was 88 years old. George was born on January 21,1933 in Lincoln, Nebraska. He and his family made their way from Nebraska to Oregon in 1936. He grew up in Salem where he attended Salem Heights Elementary School, Leslie Junior High School, and graduated from Salem High School in 1951. Soon after his high school years he went to a dance and met a young lady who laughed at his jokes, and a lifetime romance ensued. Throughout their marriage and life together, George and Marilynn have been blessed with a loving family and lasting friendships, rooted in a deep and vibrant Christian faith.

George was a hard worker throughout his life. He worked for many years at the Texaco station downtown while attending school. He also served for nine years in the Navy reserve. He graduated from Willamette University with a bachelor's degree in economics. George and Marilynn started their family together and moved to Port Townsend, Washington, where he took a position in the accounting department for Crown Zellerbach. Later they moved to LaGrande, Oregon where he worked for an accounting firm, Eveson and Snyder. It was then that George earned his CPA certificate in 1963. He worked for Standard Insurance in Portland before the family ultimately moved to Salem in 1966. Then, at the age of 35, he founded Boldt Carlisle and Smith CPA's along with Robert Boldt and Larry Smith in 1968.

George joined First Christian Church in Salem with his younger sisters and mother Maude while he was in high school. He enjoyed playing on the church basketball team and participating in the youth group. When he and Marilynn returned to Salem with their young family, they became very active members and stayed there for many years. They both served in several leadership roles in the church, and especially enjoyed serving the high school youth group while their own kids were involved.

His civic activity mirrored his values. George served for several years on the Salvation Army Advisory Board and believed strongly in the importance of serving people who are in economic distress. One of his most cherished moments was being recognized by the Salvation Army with the "Others Award," recognizing his extreme efforts as a "civilian" to serve others. He also served on the Salem Hospital Foundation Board, the Capital Manor Board, Rotary Club, The Willamette University Cardinal Round Table, and the Oregon Society of Certified Public Accountants.

George's passion for history kicked into high gear during his retirement. He especially enjoyed early American history, always eager to share what he would learn from his reading and study. In one moment, he would tell a story that revealed a profound truth, and in the very next moment he'd tell a joke that made us all laugh until our faces hurt and ribs ached. He loved the gift of conversation. He devoted much of his time and attention to his family and friends, always making each one feel special.

He is survived by a large and loving family, including his wife Marilynn and their four children: daughter Kerrie Palmer, sons Kevin and Kelly, and daughter Shelley Katson, and their families. He loved each of his nine grandchildren and eight great-grandchildren. Survivors also include his sisters Luella Jones of Paradise, California and Ronelle Chatham of Seattle, Washington, and several nieces and nephews. He was preceded in death by his father Roy, his mother Maude, brothers Walter and Elroy, and great-granddaughter Lucy Mae Carter.

A celebration of George's life will be held Saturday July 10 at 1:00pm at First Christian Church, 685 Marion St. NE in Salem. Feel encouraged to donate to a special fund in George's memory at the Salem Kroc Center.


Published by The Statesman Journal on Jul. 7, 2021.
To plant trees in memory, please visit our Sympathy Store.
MEMORIAL EVENTS
Jul
10
Celebration of Life
1:00p.m.
First Christian Church
685 Marion St. NE, Salem, OR
Funeral services provided by:
Virgil T. Golden Funeral Service and Oakleaf Crematory
MAKE A DONATION
MEMORIES & CONDOLENCES
Sponsored by Virgil T. Golden Funeral Service and Oakleaf Crematory.
3 Entries
Dear Marilynn and family, I am so very sorry for your loss. George was a wonderful person, and it was a privilege to know him. What a great example to the community! And yet, so humble and humorous. He will be missed. With love and prayers, Robin
Robin VanDyke Dubay
Friend
July 19, 2021
Hi Marilynn, Sandie and I Larry Hunton are very to hear about George. He was a great and loving man. Think about the good memories you have about him. Think about meeting him in heaven. I'll be in touch soon. Larry
Larry Hunton
July 7, 2021
We love you Marilynn! And, of course, we loved George as well. May Jesus continue to hold you closely and provide incredible comfort.
Dean & Laurie Bones
Family
July 7, 2021
Showing 1 - 3 of 3 results