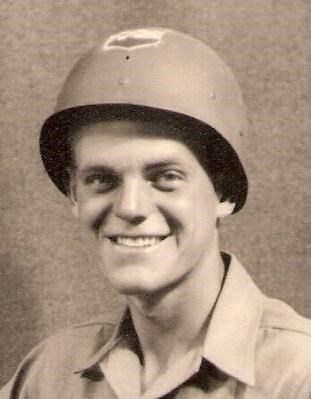 Surrounded by his wife and children, John Hansen died peacefully on February 4, 2021 at the age of 95. John was born in 1925 in Menomonie, Wisconsin to Joy Torger and Agnes Hansen.

After graduating from Menomonie High School in 1943, John enlisted in the US army. In November of 1944, John and the 99th infantry division, that he was a part of, were sent to the front lines in Belgium shortly before the German attack that would later become known as the Battle of the Bulge. John was fortunate to survive with only a minor injury, that being trench-foot. By the spring of 1946, John's part in the war and subsequent occupation of Europe had ended, and he came back to his family's home in Wisconsin. "I was so relieved to see my folks. I thought I might never see them again."

In 1950, after earning a degree from the University of Wisconsin Stout, John began a 70-year marriage to his wife, Helen. The two of them having known each other since elementary school. They then moved to La Crosse, Wisconsin where John went to work as a math teacher, and where his two sons, Bruce and Paul were born. In the summer of 1954, the family moved to Stockton, California where he continued his teaching career. In 1955 the family then moved to Salem, Oregon where John taught at Parrish Junior High school. After the birth of his daughter, Carol, John transferred to Waldo Jr. High where he taught woodworking classes until his retirement in 1983.

John enjoyed many activities, which included keeping the family stocked with fresh vegetables from his garden and spoiling them with his fresh baked bread and homemade root beer.

With his family, John enjoyed downhill and cross-country skiing, and backpacking in the Cascade Mountains. He was also fond of running, biking, tennis and, in particular, baseball and softball.

John was a member of Salem First Church of the Nazarene and enjoyed Bible study.

John's smile and welcoming nature were known to all who met him. He was well-loved and will be remembered as a very kind, caring and helpful husband, father, grandfather, teacher, and friend.

The family is grateful for the help and support given by the caring nurses and staff at Willamette Valley Hospice of Salem, Oregon. 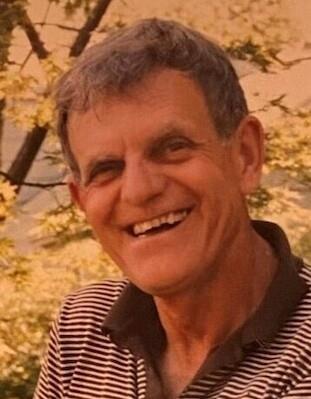 Published by The Statesman Journal from Apr. 15 to Apr. 18, 2021.
To plant trees in memory, please visit the Sympathy Store.
MEMORIAL EVENTS
To offer your sympathy during this difficult time, you can now have memorial trees planted in a National Forest in memory of your loved one.
Funeral services provided by:
Crown Memorial Center - Salem
MAKE A DONATION
MEMORIES & CONDOLENCES
Sponsored by Crown Memorial Center - Salem.
4 Entries
I am so sorry for your loss. My brother and I were both students at Waldo about 50 years ago. John Hansen is a man we will never forget. Mr. Hansen, as we were taught to call him, was a patient, kind and gentle man. His attention to details whether it was sharpening a jack plane blade or squaring a board was always second to none. I always remember him sharpening a plane blade very sharp and to demonstrate he would shave the hair in his arm with it. Both Mr. Hansen and Mr. Thornton had major influences in my life and career, as I followed in their footsteps becoming an Industrial art teacher myself. I spent 15 years as a woodworking tacher and 16 more teaching Drafting and I still have my notbooks from both of their classes that I would use to inspire students. I hope that I had as much impact in student’s lives as John Hansen had in mine. He will be truly missed, but not forgotten,
but not forgotten.
Craig Wenger
Student
April 25, 2021
I was extremely fortunate to grow up next to John and his family on park Avenue.
John was the moral coumpus in what I consider a idealic neighborhood to be part of. His willingness to always help and teach others was unsurpassed, they were talking about him when they coined the phrase a life well lived !

My condolences to Helen, Bruce,Paul,Carol, and the entire family.

Jim Gullickson
Jim Gullickson
Neighbor
April 22, 2021
Mr. Hansen was my wood shop teacher at Waldo, and Bruce and I were friends way back then. He was a good man and caring teacher. I and others have had discussions “offline” about his passing, recalling our projects in his class, some of which we still have to this day (tie racks, recipe boxes). To his everlasting credit and my good fortune, the basic safety techniques Mr. Hansen taught back then about working with power tools have saved me many a time from injury. My heart goes out to the family of yet another member of truly “the greatest generation”.
Randy Brummitt
Student
April 19, 2021
John and I worked at Waldo many years ago and he lived on Park, down the street from me when I lived in an apartment on Park Ave. I always admired John and how he related to students. Always patient and willing to take on anything and everybody. I remember his driving that red Ford, I think it was. The car was passed from family to family among the Waldo faculty. Waldo has a wealth of stories about our times working there. When I moved into my house on Jefferson, John would sometimes stop while he was out on his run or walk, can't remember which one it was. He was a great guy.