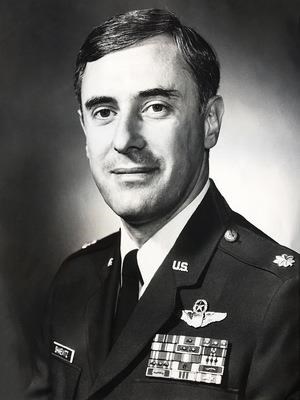 Salem, Oregon - Lawrence Shaevitz was born to Morris and Anne Shaevitz outside Boston in Revere, MA into a post WWII period of recovery and opportunity that offered him the American Dream. The son of Jewish immigrants from Belarus and Russia, Larry grew up playing stickball on the beach against the backdrop of the Atlantic, watching Red Sox baseball, and helping his mother, Anne, who worked to help support the family. Young Larry excelled in academics and grew up working part time for the family business delivering fresh chicken meat door-to-door. Even at a young age, Larry knew the gig was for the birds and recalled thinking critically "this is bullshit, I'm not going to spend my life in this place". Indeed, he was destined to take flight. After graduating from Tufts / ROTC with a degree in mechanical engineering, Larry was commissioned as a pilot in the U.S. Air Force and earned his wings fighting for his country under heavy fire in the skies over Vietnam. Larry served with bravery and returned home haunted for the rest of his life by the images of his countrymen tagged in body bags on the flight lines awaiting a silent transport home. For thirty years, Colonel Lawrence Shaevitz served as a distinguished officer with assignments to the OV-10, as Squadron Commander for the A-10 Thunderbolt (Warthog), as Base Commander of Operations / Intelligence in King Salmon, AK, and as the Air Force's Military Attaché to the U.S. Ambassador in Copenhagen, Denmark. A position that he was born for. Larry loved the Danish people and culture and could frequently be heard speaking Danish with dramatic annunciation to, among others, himself. Spanning both his military and civilian lives, Larry enjoyed a lifelong love affair with jazz even though, to his own admission, he possessed "absolutely no musical talent whatsoever". It was not uncommon to see Larry snapping his fingers in tempo, a hop in his step, and a glint of ecstasy in his eyes: "yeah, baby". His final emotional quote regarding jazz: "Everybody loves jazz, they just don't know it". Larry is survived by his biological children: His son Alex, and two daughters, Emily and Rebecca. Additionally, he is survived by his children Laura, Martin, Julie, and Kristi. He is the doting grandfather to Greyson, Emerson, Sidney, and Aiden. He desperately loved his children and grandchildren. Larry also raved about his son-in-law, Matt, and his daughter-in-law, Corie. Despite the invisible wounds that soldiers bring home that need mending, he found the courage, perhaps through weakness and frailty, to face even these demons. At the end of his life he straightened a crooked path and healed many hearts; among them, his own.


To plant trees in memory, please visit our Sympathy Store.
Published by The Statesman Journal on Oct. 15, 2017.
MEMORIAL EVENTS
No memorial events are currently scheduled.
To offer your sympathy during this difficult time, you can now have memorial trees planted in a National Forest in memory of your loved one.
MAKE A DONATION
MEMORIES & CONDOLENCES
Sponsored by Statesman Journal.
8 Entries
Colonel Shaevitz was the Chief of Staff of the 11th Air Force when we worked together. I remember when he was chosen for the Attache position to Denmark! He was so intrigued and excited! I can remember his smiles and jovial but serious attitude as he entered the command section where I worked for him. He would say, "Kirk, are you a man who loves music?" I would reply, "Yes sir and one of my favorite artists is George Benson!" His face would light up and he would reply, "Goodman!" He was an excellent officer and more excellent friend! Rest easy my good friend!
Kirk Anthony Ford
Served In Military Together
February 21, 2021
I knew Larry for about a year in Sembach, Germany. He was an officer pilot I definitely looked up to in the 704th TASS. A great man. Even as this info to me is late, my condolences to his family.
L/C Ned Wilson
Served In Military Together
January 5, 2021
I've just stumbled on this after hearing a quote that reminded me of the wonderful sayings Larry would often throw at me during meetings. I am saddened to hear of his passing.

I worked as a vendor to Larry for several years during his time at CRST and still tell stories about him to this day that made me (and him) laugh then, and still make me laugh now.

I enjoyed working with Larry for his insights, but even more for his humor and the stories he often told, many involving his much-loved Volvo.

I am sure Larry is missed among his family and I hope he is somewhere now also laughing with me as I think of his many tales and and that he is getting a steady dose of listening to Dave Brubeck. Thanks for the memories and for the help you gave me during those years we worked together, Larry. Rest peacefully.
Tripper Allen
January 2, 2019
Larry was my first big boy boss in the upside down world of Truck Driver Recruitment. He knew how to make a head steady with allegorical stories and a dull firmness that demanded respect without force. "It is what it is...", I always enjoyed talking to that man, he personified the jazz he loved, (as stated in his obituary).
Aaron Bahls
October 25, 2017
For several years I reported to Larry as a recruiter at CRST. He was a remarkable gentleman and a man of integrity. We had many wonderful conversations. He will be very much missed by myself and many others who worked for him.
Stan Ferdyn
October 20, 2017 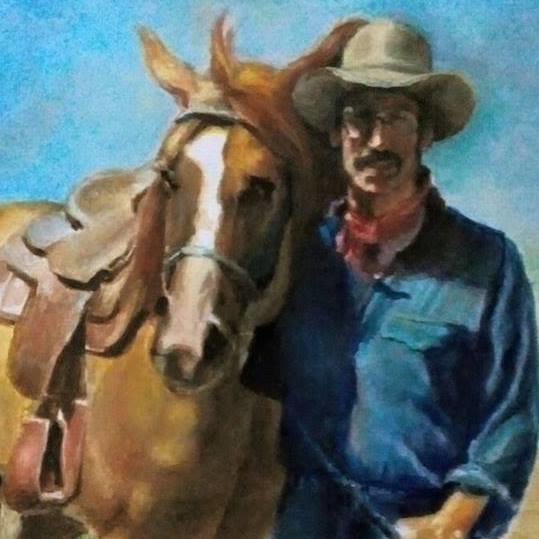 At one time Larry and I were very close friends and I am glad to hear that he found pace in his latter years.. RIP Colonel Shaevitz... Military Salute..
John Kapler
Coworker
October 14, 2017
I worked with Larry for many years at CRST and very much enjoyed the friendship that we shared. Larry was a very unique person, he held leadership roles in almost every department as he was able to adapt, identify areas of need and fix problems like very few people could. What I really enjoyed was getting to know Larry as a person. He was very intelligent, had a great wit and was always respectful of those around him. Larry spoke of his kids often and was very proud of them. I know he was very happy with his move to OR in retirement and getting closer to all of his kids whom he loved dearly. I will miss Larry and feel very privileged to have known him and to have called him a friend.
Mike Flynn
October 14, 2017
Becky
October 13, 2017
Showing 1 - 8 of 8 results