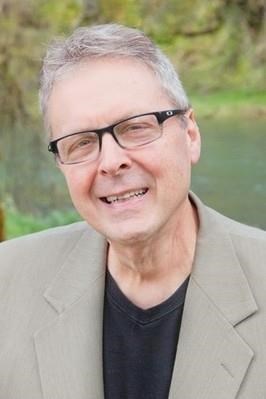 Sheridan - Russ Barth, 65, of Sheridan went peacefully home to be with his Lord and Savior, Jesus Christ, on Tuesday, May 3rd, 2016, with his loving wife by his side.

Russ was born on September 29th, 1950 to Franklin Barth and K. Lavina Pomeroy.

He grew up in the Salem area, working in a variety of fields, until he found a place where he could fulfill his passion for people at KYKN radio, and that is where he stayed until he was forced to retire due to his illness.

This kind and gentle man served God faithfully through many mission trips to Africa, Guatemala, the Philippines, and more. Throughout his life he always looked for opportunities to share his love for God and the Bible with others. He married the love of his life Janice Stewart on April 22nd, 2012, who was blessed to join him in serving in the mission field. In spite of his diagnosis of cancer in the spring of 2013, they continued to serve God and the people of Africa and the Philippines until he was no longer able. Despite the last several months of suffering, Russ never wavered in his faith in God's love and goodness.

Russ was preceded in death by his parents and his brother, Steven. His is survived by his wife and best friend, Janice; his children Sarah, Christopher, and Lonny, and stepchildren David, Timothy, and Aimee; his brother George and wife Lauri; and Ian McCarther; many nieces and nephews, grandchildren, and one great-grandchild; as well as a multitude of brothers and sisters in Christ.

All who knew Russ loved him greatly, and will miss him dearly. We are confident that as Russ passed from this life into eternity, he heard those blessed words from Matthew 25:23, "Well done, good and faithful servant."

A Celebration of Life will be held for Russ on Saturday May 21st, at 1:00 pm at his church home, Calvary Chapel West Valley in Sheridan.

In lieu of flowers, those who wish may donate to a mission fund for Jan, who intends to continue his legacy. Donations can be made to: Calvary Chapel West Valley, 121 NE Yamhill Street, Sheridan, OR 97378. (Designate funds to "Jan's memorial mission trip".)


Published by The Statesman Journal from May 11 to May 14, 2016.
To plant trees in memory, please visit the Sympathy Store.
MEMORIAL EVENTS
May
21
Celebration of Life
1:00p.m.
Calvary Chapel West Valley in Sheridan
OR
MAKE A DONATION
MEMORIES & CONDOLENCES
Sponsored by Statesman Journal.
4 Entries
My family and I knew Russ for 30 + years.He had a great sense of humor and was always genuinely interested in what each of us were doing. We lost touch for a few years and then got reconnected and it seemed like no time had passed by at all. I always admired his humility regarding the ministry work he did. Russ was quick to speak about God's mercy and grace towards him and God's people. The deep sense of loss that we feel is only tempered by the fact we will see him again.
Kimble Cloyd
May 15, 2016
I met Russ at New Hope Foursquare church while I worked there. He had a great love for the Lord and was full of Gods Joy. Laughter was always present when he was around. My deepest condolences to the family.
Pat Noonan
May 14, 2016
I got to know Russ when I was on staff at New Hope Foursquare Church. I always found him to be a kind, gentle person. I pray for the Lord's peace and comfort for you all.
Sharon Cosand
May 12, 2016
you will be missed I loved what he did and he was a great friend and I did a walk for the pregnancy center in salem years ago and won the big prize
Im glad your in Heaven what a celebration your having there see you someday in Heaven . prayers for the family during this time .
Debbie Rempel
May 11, 2016
Showing 1 - 4 of 4 results