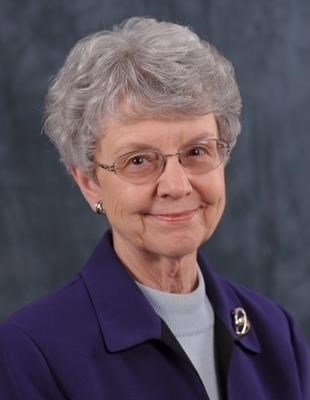 Salem - Verna Mae Shriner was born in Spokane, Washington, August 27, 1931 and grew up in Prosser and Yakima, Washington with her sister Joyce.

She graduated from Yakima High School in 1949. Verna was a very fine flutist and played in the All Northwest Band (1947) and All Northwest Orchestra (1949.) In 1953 she earned her B.A. and in 1955 her M.Ed. in Music Education (both at) Central Washington University, Ellensburg, Washington. She married Donald H. Duncan in 1953 in Yakima, Washington.

Verna taught elementary school for twenty-three years starting in the Yakima Valley. After Don and Verna moved to Monmouth she taught fifth and sixth grade for 19 years at Henry Hill Elementary School, Independence, Oregon. In 1988 she was selected Co-elementary Teacher of the Year for Central School District 13J.

Celebration of life is scheduled for Saturday June 16th, at 1:30 at Capital Manor in the Auditorium, 1955 Dallas Highway.

Private burial will be at Fir Crest, Smith Cemetery in Monmouth, Oregon.


Published by The Statesman Journal on May 23, 2018.
To plant trees in memory, please visit the Sympathy Store.
MEMORIAL EVENTS
Jun
16
Celebration of Life
1:30p.m.
Capital Manor in the Auditorium
1955 Dallas Highway, OR
Funeral services provided by:
Farnstrom Mortuary
MAKE A DONATION
MEMORIES & CONDOLENCES
Sponsored by Farnstrom Mortuary.
6 Entries
Dear Don and Family,
Verna was such a sweet and empathic woman in my few connections with her, I know all of you must be so very sad that she is no longer in your midst. As a career educator myself, I'm sure she was a wonderful teacher, wife, mother and mother-in-law who made the way smoother for many!

As one who knows the depth of personal loss of a loved one, I share in your grief. There are no words, really.

Thanks to Verna, Don and the whole Duncan family for your support of Western Oregon University's scholarship programs. We have always felt a sense of peace after our loss from knowing that a WOU scholarship continues to support students in our loved one's name as he would have liked. I wish the same for you.
Lynda Bersani
May 25, 2018
My deepest sympathies to the family for the great loss you've suffered. May the God of tender mercies sustain you during this difficult time.- 2 Cor. 1:3
May 25, 2018
To Don and the family, I used to work at Captial Manor as a receptionist and was honored to know Verna and Don. I am truly sorry for loss. My thoughts and prayers will be with you during this very difficult time. I have many fond memories.
Gods Peace to you...
Mary K
Mary Klinepier
May 23, 2018
My thoughts and prayers are with your family during this difficult time. May the promise in 1 Thessalonians 4:14 comfort your family.
May 22, 2018
Don & family. My heart could not be heavier. A great woman for sure. Be comforted that she is now in a peaceful and welcoming place. Ron DeVolder
Ron DeVolder
Friend
May 22, 2018
May the God of all comfort strengthen the family of Verna Duncan during this time of deep sorrow. Those who pass on God keeps in his memory because they are precious in his eyes. My sincerest condolences. Psalm 116:15
Jen Brown
May 18, 2018
Showing 1 - 6 of 6 results