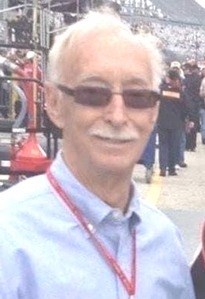 He was born Nov. 1, 1943, in Nanticoke, Pa., to the late William E. Davis and Lucy Wolfe Davis. In addition to his parents, he was preceded in death by his siblings, William, John, and Donald Davis.

Barry worked as a CRNA, beginning in 1968, for his entire career spanning over 50 years, before his retirement. He was very much devoted to his family. He also enjoyed auto racing and traveling in his motorcoach.

A visitation for family and friends will be held Thursday, Oct. 14, from 6 to 8 p.m., at Cavin-Cook Funeral Home.

www.cavin-cook.com
Published by Statesville Record & Landmark on Oct. 13, 2021.
To plant trees in memory, please visit the Sympathy Store.
MEMORIAL EVENTS
Oct
14
Visitation
6:00p.m. - 8:00p.m.
Cavin-Cook Funeral Home & Crematory
494 East Plaza Drive Hwy 150, Mooresville, NC
Funeral services provided by:
Cavin-Cook Funeral Home & Crematory
MAKE A DONATION
MEMORIES & CONDOLENCES
Sponsored by Cavin-Cook Funeral Home & Crematory.
2 Entries
Our thoughts and prayers are with you! Even though we have known you both for a short time we felt a strong bond and love you both! We will keep in touch with you Linda! All our love Ken and Ann
Ken and Ann Green
October 15, 2021
Linda and family. My heart goes out to you for your loss. I wanted to let you know how much I appreciated Barry´s kind thoughts and words to me when I lost Tim. You have lost a good man from your lives. I am sorry for the hurt you will experience from your loss. Take care.
Yvette Harrold (O´Lenic)
October 13, 2021
Showing 1 - 2 of 2 results