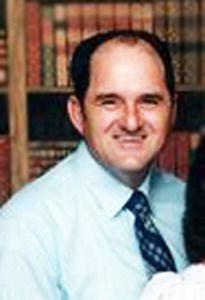 On Friday night, July 16, 2021, at 11:22 p.m., Pacific Time, Charles David Mason of Bakersfield, Calif., left this world for his heavenly home with his Lord and Savior, Jesus Christ.

Charles was born in Statesville, Aug. 23, 1943, and was the son of Johnnie Franklin Mason and Faye Gryder Mason, who preceded him in death. Charles moved to Bakersfield, Calif., in June of 1974 with his family.

Charles was married Sept. 18, 1964, to Carolyn Loretta Cook, and they shared 46 years together until her death in 2010. He was also preceded in death by his father-in-law and mother-in-law, Mr. and Mrs. G.C. Cook; brothers, Bobby Mason, Bennie Mason, and Michael Mason; sister, Judy Mason Waddell; niece, Debbie Mash; sister-in-law, Gwen Mason and brother-in-law, Pastor Lonnie Wilson, all of Statesville.

Charles' favorite hobby was a love of music. He taught himself to play guitar and played by ear. Rock and roll, country, bluegrass, and gospel were his favorite genres. His musical heroes were Buck Owens, Marty Robbins, Johnny Cash, Merle Haggard, Bill Monroe, Sonny and Bob - The Osborn Brothers, Elvis Presley, Chet Atkins and many more. He loved singing in church. Heaven has gained a new member of the heavenly choir.

Charles was a born-again Christian. He accepted Jesus Christ as his personal savior at the age of 17. He is at peace with his Lord and Savior, Jesus Christ and is no longer in pain.

Charles was a very special person; he never met a stranger. He loved talking to people. He loved his family and was loved and will be missed by many.

A memorial service will be held later in August on his birthday.

In lieu of flowers, the family prefers donations to be made in Charles' honor to any of the following, Hoffman Hospice of Bakersfield; Coronado Baptist Church of Bakersfield; the American Lung Association; or the Bakersfield SPCA.

Rest in peace, Charles David Mason.
Published by Statesville Record & Landmark on Jul. 25, 2021.
To plant trees in memory, please visit the Sympathy Store.
MEMORIAL EVENTS
To offer your sympathy during this difficult time, you can now have memorial trees planted in a National Forest in memory of your loved one.
MAKE A DONATION
Please consider a donation as requested by the family.
MEMORIES & CONDOLENCES
2 Entries
Our deepest sympathy and Condolences to the entire family.
Anil Gehani
July 26, 2021
My sympathies to the family and friends of Charles.
Sylvia Liles Coppola
Family
July 25, 2021
Showing 1 - 2 of 2 results