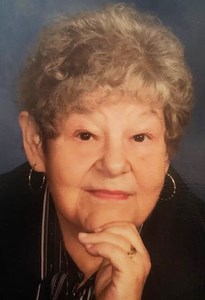 Born Jan. 24, 1944, in Weymouth, Mass., she was the daughter of the late James Vincent Calvi and Arlene Louise Francis Fogg Calvi.

Dianne graduated from Hingham High School in Hingham, Mass., in 1962. On Dec. 22, 1962, she married the love of her life, Patrick. Dianne was a graduate of Quinsigamond Community College in Worcester, Mass. She was a Patient Care Technician in the medical field and retired after 24 years from St. Francis Hospital in Poughkeepsie, N.Y.

A private memorial will be held at Nicholson Funeral Home and a private entombment will be held in the Salisbury National Cemetery.

For those who wish, memorial contributions may be made to the Catholic Daughters of America, National Office, 10 West 71st St., New York, New York 10023, www.catholicdaughters.org; or St. Philip the Apostle Catholic Church, 525 Camden Dr., Statesville, NC 28677.

www.nicholsonfunerals.com
To plant trees in memory, please visit our Sympathy Store.
Published by Statesville Record & Landmark on Jun. 11, 2021.
MEMORIAL EVENTS
No memorial events are currently scheduled.
To offer your sympathy during this difficult time, you can now have memorial trees planted in a National Forest in memory of your loved one.
Funeral services provided by:
Nicholson Funeral Home
MEMORIES & CONDOLENCES
Sponsored by Nicholson Funeral Home.
0 Entries
Be the first to post a memory or condolences.