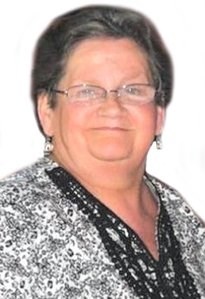 Virginia "Ginny" Hamilton, 65, passed away Sunday, Sept. 5, 2021, at Davis Regional Medical Center, following an extended illness. Ginny was born Dec. 10, 1955, in Oak Hill, W.Va., she was the daughter of the late William "Bill" and Mary Elizabeth (Baughan) Hamilton. Ginny lived in West Virginia and Virginia most of her life, but has resided in North Carolina since 2003. Besides her love for motorcycles, Diet Mountain Dew and Diet Coke, Ginny had a huge heart and loved her family. She was the best Gigi to Jasmine, Bryce, Bubba, Brennon, Tanner, Chevy, Dellaina and Jonah.

In addition to her parents, Ginny was preceded in death by the love of her life, Billy Jeffries; brother, Eddie Hamilton; sister, Alpha (Wayne) Treadway; nephew, Josh Hamilton; and her fur companion, Chico.

There will be a memorial service held at a later date in West Virginia. Troutman Funeral Home is assisting the Hamilton family.

www.troutmanfuneralhome.com
Published by Statesville Record & Landmark on Sep. 9, 2021.
To plant trees in memory, please visit the Sympathy Store.
MEMORIAL EVENTS
To offer your sympathy during this difficult time, you can now have memorial trees planted in a National Forest in memory of your loved one.
Funeral services provided by:
Troutman Funeral Home
MAKE A DONATION
MEMORIES & CONDOLENCES
Sponsored by Troutman Funeral Home.
0 Entries
Be the first to post a memory or condolences.