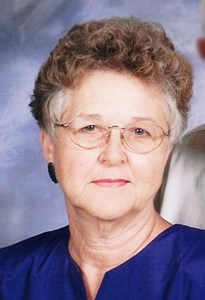 Glenda was born Jan. 15, 1941, in Iredell County, to the late John Henry Ford Morrison Sr. and Lois Joyner Morrison. Glenda enjoyed sewing, flowers, being outside and spending time with her family, grandchildren and great grandchildren. She was a member at Bethlehem UMC.

A visitation will be held Thursday, Sept. 23, from 1 to 2:30 p.m., at Bethlehem United Methodist Church, with a service to follow at 2:30 p.m. Burial will take place after the service in the church cemetery. Friends are welcome to visit with the family at Glenda's current residence.

www.troutmanfuneralhome.com
Published by Statesville Record & Landmark on Sep. 21, 2021.
To plant trees in memory, please visit the Sympathy Store.
MEMORIAL EVENTS
Sep
23
Visitation
1:00p.m. - 2:30p.m.
Bethlehem United Methodist Church
NC
Sep
23
Service
2:30p.m.
Bethlehem United Methodist Church
NC
Funeral services provided by:
Troutman Funeral Home
MAKE A DONATION
MEMORIES & CONDOLENCES
Sponsored by Troutman Funeral Home.
4 Entries
So sorry to hear of the passing of Glenda. She was a wonderful person an will definitely be missed. My heart, thoughts an prayers go out to her family.
Dedra Lowry Wooten Bridges an her family
Family
September 21, 2021
My thoughts and prayers are with you and your family.
Shelby Stanley
Other
September 21, 2021
So sorry for your loss. Praying for you all that the days ahead will be filled with peace just knowing that you will meet again one day.
Mark and June Josey
September 21, 2021
Our thoughts and prayers are with you all. Glenda was such a sweet outgoing lady who will be missed by all.
Denny & Trudy Peacock
September 21, 2021
Showing 1 - 4 of 4 results