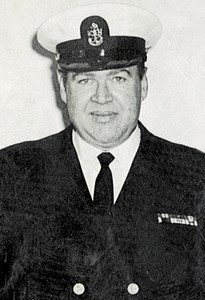 Glenn was born and raised in Statesville and after finishing school, joined the U.S. Navy. He attended Pressly Memorial A.R.P. Church in Statesville. He made the U.S. Navy his career, having served for 20 years. He was stationed in many countries and did four tours of duty in Vietnam. He was married July 5, 1954, to Phyllis Cairone of Rhode Island.

Glenn was preceded in death by his son, Glenn Raymond Josey; two brothers, Jerry Onvell Josey and John Alan Josey; and a sister, Carole Josey Overcash, all of Statesville.

Glenn is survived by his wife, Phyllis Josey; daughters, Susan Josey and Kathy Josey of Colorado; a daughter-in-law, Carol Josey; grandchildren, Megan and Daniel Josey of Spring Lakes, Mich.; a sister, Janice Josey Everidge; and an aunt, Mollie Rary of Statesville. Also surviving are many nieces, nephews, and cousins who loved him.

His family wishes to express that he will be greatly missed by all who knew him and loved him.

There will be no services per his request.

Published by Statesville Record & Landmark on Oct. 17, 2021.
To plant trees in memory, please visit the Sympathy Store.
MEMORIAL EVENTS
To offer your sympathy during this difficult time, you can now have memorial trees planted in a National Forest in memory of your loved one.
MAKE A DONATION
MEMORIES & CONDOLENCES
0 Entries
Be the first to post a memory or condolences.