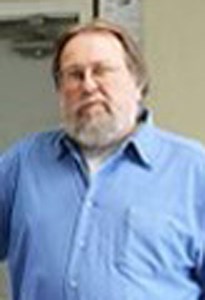 James was born Dec. 16, 1959, in Iredell County, the son of the late Everett and Edna Lackey Bunton. He was a graduate of Iredell County Schools and was married to the late Judenna Josey Bunton, who passed away in 2011. He was the co-owner/ operator of Bunton-Lebe's Tire & Alignment. Cars were his life, and he loved drag racing.

In lieu of flowers, memorials may be made to the American Diabetes Association.

www.troutmanfuneralhome.com
Published by Statesville Record & Landmark on Sep. 23, 2021.
To plant trees in memory, please visit the Sympathy Store.
MEMORIAL EVENTS
To offer your sympathy during this difficult time, you can now have memorial trees planted in a National Forest in memory of your loved one.
Funeral services provided by:
Troutman Funeral Home
MAKE A DONATION
Please consider a donation as requested by the family.
MEMORIES & CONDOLENCES
Sponsored by Troutman Funeral Home.
12 Entries
In loving memory of a wonderful person. We will love you and miss you always.
Victormontalvo
Friend
September 28, 2021
Carol, Dennis, Randy...I just heard the news and I am very sorry. Jim was a good guy! Much love sent your way cousins! Love, Sherri
Sherri Gallman Floores
Family
September 25, 2021
Randy You and your family are in our thoughts and prayers. May God give you strength, peace and comfort in the coming days. In Christ, Eric and Debbie Schenz
debbie schenz
September 24, 2021
James My friend my brother. I have a lots of memories of you once I was on vacation in Florida and my car will not turn off and the key was taken out my next step was take out the battery and that didn't work. I went to a Auto Zone and they didn't have no idea and they recommended to go tomorrow to a dealership I told them that is not going to work. I remember having your cellphone number and called you about 9 o'clock at night and explained my situation you laughed I said James place you said OK put all back together and the key too. I need you to take some cables out of the spark plugs and I did at the 3rd one the car turned off. James I will never forget you in my life. R.I.P.
Carlos Estrada
September 24, 2021
Sending thoughts and prayers to the family. So very sorry for your loss. He will truly be missed. May he rest in peace
Dana Driggers
Other
September 24, 2021
Our thoughts and prayers are with the Bunton family. Mr. Bunton was truly one of a kind and a drag racing legend. He will be truly missed. SIP.
Lashanna Alexander
September 23, 2021
My sincere sympathy to the family of James Bunton. James was a dear friend. James did frontend alignments on all my vehicles for the past 40 years. No doubt in my mind, James was the best in the business. He will surely be missed by those who knew him. RIP my friend James. September 23, 2021.
Thomas S. Wheeler
September 23, 2021
My deepest condolences to the family. This is a big loss for Statesville he will truly be missed. Prayers for the family. I feel like I lost a family member
Peaches Moore
Work
September 23, 2021
I am saddened to hear of James' passing. He will be missed by all that new him.
Donald C. Myers
Work
September 23, 2021
Mr. Bunton had an easy smile, good sense of humor and a deep knowledge of automotive repair. I could tell him my make and model and the symptoms and he could tell me what was wrong. I very much enjoyed chats with him and savored his business repairing my cars. He was a true treasure of a human being. I will miss him very much.
Kenneth Deitz
Work
September 23, 2021
Please accept my most sincere condolences. My husband and I have taken our cars to Bunton-Lebe for years and years and have received nothing but good service. I am so terribly saddened by the loss of James.
Kim Wuellner
Other
September 23, 2021
Webster's Dictionary defines a "friend"... "as a person who like and or is helpful to another, supporter or sympathizer". It's obvious Webster never met James Bunton. If he had, James's name would be at the very beginning of Webster's definition. And would include the word "Epitome", for James was definitely a representative or perfect example of "A First Class Friend". R.I.P. my friend, you will missed.
Jeff Bonds
Friend
September 22, 2021
Showing 1 - 12 of 12 results