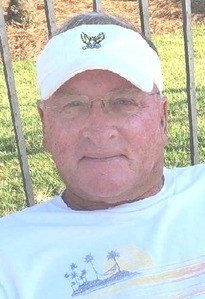 Jim was born June 22, 1947, in Alexander County, the son of the late Frank Campbell and Joye Barnette Campbell.

Jim was a U.S. Army veteran and a member of South River Baptist Church in Iredell County. He worked for Dana Corporation for 28 years, but retired from the Alexander County Corrections, where he worked in the mail room. He enjoyed working with his family; any project was special with them. He also enjoyed mowing yards in his neighborhood and keeping the grounds looking good. Jim loved his family very much especially the grandchildren.

In addition to his parents, he was preceded in death by his son, Bryan Campbell.

The funeral service will be held at 2:30 p.m., Sunday, Oct. 10, at South River Baptist Church, 2659 South Chipley Ford Rd. in Statesville. Dr. Chris Thompson and the Rev. Taylor Miller will officiate. The burial will follow in the church cemetery with full military honors accorded by Alexander County Veterans Honor Guard. The family will receive friends from 1 to 2:30 p.m., prior to the service. Pallbearers, close friends to Jim are Steve Ketchie, Jerry Ball, David Cash, Reggie Weisner, Barry Meadows, and Darrin Weaver. Honorary pallbearers include Tommy Alexander and Tommy Tedder and the late Herley Walker.