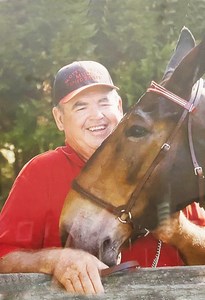 He was a 1956 graduate of Winecoff High School, and served a tour of duty in the U.S. Air Force at Schilling A.F.B. Kansas. After his military service, he graduated from Wingate Junior College, where he was an outstanding athlete, lettering in baseball, basketball and football and received the prestigious J. Howard Williams Best Athlete Award in 1960. He was a member of the 1958 Pine Bowl Team, which was honored in 2005, as Wingate University's first "Team of Distinction" and was inducted into the Wingate Sports Hall of Fame in 1993. He attended Catawba College on a football scholarship and graduated in 1963.

Published by Statesville Record & Landmark on Sep. 19, 2021.
To plant trees in memory, please visit the Sympathy Store.
MEMORIAL EVENTS
To offer your sympathy during this difficult time, you can now have memorial trees planted in a National Forest in memory of your loved one.
Funeral services provided by:
Whitley's Funeral Home
MAKE A DONATION
MEMORIES & CONDOLENCES
Sponsored by Whitley's Funeral Home.
0 Entries
Be the first to post a memory or condolences.