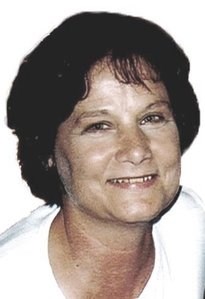 Sandy was born in Iredell County, April 27, 1951, and was the daughter of the late Nay Roy Mayes and Naomi Brown Mayes.

Sandy was a graduate of South Iredell High School and on Oct. 6, 1973, she married James "Bucky" Edmonds and together they shared 47 years of marriage before her passing.

She was preceded in death by her parents and two sisters, Carol Rogers, and Nancy Marie Mayes.

Left to cherish the memory of Sandy Edmonds are her husband Bucky; two children, Jeff Edmonds (Sandy) and Amanda "Mandy" E. Pennell (Byron), both of Statesville; along with four grandchildren, Justin Edmonds (Tiffanie Nichols), Jordan Edmonds, Kinley Pennell, and Lyla Brynn Pennell, all of Statesville. She is further survived by one sister, Janet Crawford.

Sandy was an active woman, and she had many adventures in her life that made for good stories. She attended Beulah Baptist Church. She enjoyed traveling and one of the most memorable excursions was traveling out west to see her sister. She aspired for another journey out west and had also made plans for traveling to Alaska, ride the train through the mountains and spend the night on the train and take a boat tour to see the glaciers. Sandy and Bucky together were past member of the Plastic Cars Limited — Corvettes of Statesville, which was a club of husbands and wives that organized car shows that raised money for Matthew 25 Ministries of Harmony. They took annual trips to Gatlinburg, Tenn., for NCCC, a national corvette association, aimed at corvette enthusiast around the country. All of her activities and travels were secondary to the primary love in her life, her grandchildren. Sandy loved her family, and she took an active role in the life of her each one of her grandchildren. They were what made her world thrive. Sandy will be missed but her memory will continue through pictures and stories of the impact she had in the lives of those she met.

A graveside service to celebrate the life of Sandy Edmonds will be conducted at 4 p.m., Friday, Sept. 24, in the Iredell Memorial Gardens, with the Rev. Brian Burgess officiating. Due to current COVID-19 guidelines, a gathering of friends will be held Thursday evening, Sept. 23, from 6 to 8 p.m., at Nicholson Funeral Home and will take place on the front porch. Masks are encouraged.

The family requests that in lieu of flowers, memorials be made to Matthew 25 Ministries, 3223 Harmony Hwy., Harmony, NC 28634.

www.nicholsonfunerals.com
Published by Statesville Record & Landmark on Sep. 22, 2021.
To plant trees in memory, please visit the Sympathy Store.
MEMORIAL EVENTS
Sep
24
Graveside service
4:00p.m.
Iredell Memorial Gardens
NC
Funeral services provided by:
Nicholson Funeral Home
MAKE A DONATION
MEMORIES & CONDOLENCES
Sponsored by Nicholson Funeral Home.
2 Entries
RIP Sandy. It was a privilege knowing you and being a friend to you and your wonderful family. You will always be loved and never forgotten by many people who knew you.
Becky craig
Friend
September 22, 2021
I am very sorry to learn Sandy has passed away. I was her hairdresser for many years before my retirement. She was a devoted wife and mother! I always admired her quiet and loving demeanor. Rest In Peace Sandy
Diane Sherrill White Wilkins
September 22, 2021
Showing 1 - 2 of 2 results