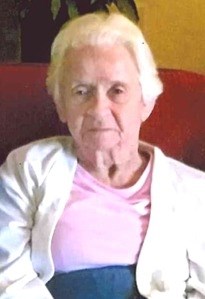 Susie was born March 2, 1927, in Statesville, and was the daughter of the late John D. Stevenson and Rebecca Moore Stevenson. She was a 1944 graduate of Scotts High School and attended Long's Nursing School before marrying the late Robert "Bob" Lee Jurney June 12, 1946. She was a former member of Front Street Presbyterian Church and since the early 1960s, she has been a member of First A.R.P. Church in Statesville. She previously worked as a nurse for Dr. David Pressly before raising her family. She enjoyed cooking, gardening, flower arranging, trips to the beach and was a devoted grandmother.

In addition to her husband and parents, Mrs. Jurney was preceded in death by one sister, Elizabeth S. Maroni; and brother, Joe Thomas Stevenson.

Memorials may be made to First A.R.P. Church.