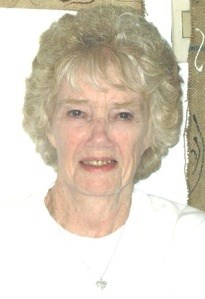 She was born Oct. 27, 1934, to Monroe Martin Smithey and Mae Owens Smithey in Wilkes County. Her mother died when Syble was five years old. From then on, she was raised by her father on the family farm. Following graduation from Roaring River High School, Syble moved to Winston-Salem where she worked for R.J. Reynolds. She married Richard Dorsett Nov. 24, 1960, Thanksgiving Day. The couple lived in the Wallburg community and Syble worked for the N.C. Employment Security Commission in Winston-Salem. After retirement, they moved to Mooresville where Syble attended Williamson's Chapel United Methodist Church. Syble will be remembered as a hardworking lady who always had a pleasant outlook on life. More than anything, she loved her family and friends.

In addition to her parents, Syble was preceded in death by a son, Ronnie D. Dorsett; sister, Ethel Triplett; and half brothers, Gene Smithey and Jack Smithey.

A funeral service will be held at 12 p.m., Saturday, Oct. 16, at Hayworth-Miller Silas Creek Chapel with Pastor Odell Broadway officiating. Interment will follow at Westlawn Gardens of Memory. The family will receive friends for two hours at the funeral home, prior to the service.

A special thanks to Brandy and Sam Mink for their help and care.