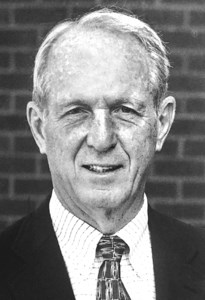 Thomas Alison Fanjoy, 89, of Statesville, died Monday, Sept. 21, 2020, at home, surrounded by family. Tom fought a long, difficult battle with dementia, but he did it true to his character: with dignity and grace and that "never give up" attitude. When he couldn't remember names, he would still greet visitors with a sparkle in his eyes, stand when a lady entered the room, inquire into everyone's health, and join in a conversation as best he could. He was selfless, never complaining, always diverting attention away from himself to others. Until the end, he strove to be as active as possible, getting exercise however he could. When asked how he felt, his stock reply was, "I'm fine, just not jumping any four-foot fences."

Tom was born July 10, 1931, in Charlotte, the youngest son of Albert Weldon Fanjoy and Alison Sutherland Fanjoy. Shortly after his birth, the family moved to Statesville where he was raised. He attended The McCallie School in Chattanooga, Tenn., where he graduated a four-letterman athlete in 1950. He went on to Princeton University, where he played football, and graduated in 1954. Tom married his "pal" Mary Frances Allen, Dec. 29, 1953. Tom and Francie had a wonderful and truly inspirational marriage built on respect, commitment, and love. Tom cherished Francie and she cherished him. After marriage and graduation, the couple moved to Oceanside, Calif., where Tom accepted a commission as a 1st Lt. in the U.S. Marine Corps, stationed at Camp Pendleton. Following his service, Tom and Francie returned to Statesville where they lived the remainder of their lives. After several years as president of Bylo Furniture, Tom joined his father as a partner in Fanjoy and Company and forged a successful career as a manufacturer's representative in the furniture industry.

Tom's life was distinguished by service to his community. He was a firm believer in good education. His children and grandchildren recall the math problems written out on napkins at the dinner table and the reading requirements that must be met and reported on before the handing out of Christmas checks. The children were encouraged to "use your head" and to take a position and be able to back it up. Tom was a voracious reader, and one of his favorite ways to spend an evening was in deep, meaningful conversation with a few friends gathered for dinner. He served on the Boards of The McCallie School, St. Mary's School in Raleigh and Mitchell Community College in Statesville. He was a vital force on the Mitchell College Foundation and was awarded an honorary degree from Mitchell in 1990. He received the Distinguished Alumnus award from The McCallie School in 1993. A lifelong member of Trinity Episcopal Church, Tom served the church in every imaginable capacity including a number of terms as senior warden. His children loved to say the family went to church every time church was held! Tom served the city of Statesville as its mayor from 1973 - 1979, and was awarded Statesville's Outstanding Citizen award in 1976. In addition, he served on the Boards of First Union National Bank, Iredell Memorial Hospital and Ruthie's Day Care Center.

Tom was an avid and accomplished athlete with a strong competitive drive. In his school years, he was a decorated equestrian, and an outstanding football, basketball and baseball player. In his adult life, he played tennis, golf, and skied. He was a consummate coach to his children and grandchildren (and lots of their friends!) in all of their athletic pursuits. The backyard at the Fanjoy's saw many a pick-up basketball, football, baseball, and kickball game, and Tom was right in the middle of them all. In his later years, you could find him on the tennis courts at Caldwell Park coaching the young kids in the tennis program.

But, he would consider his greatest accomplishment his family. Tom and Francie had three children: Laura Fanjoy Daughtrey, William Allen Fanjoy (Susan), and Mary Fanjoy Armistead; nine grandchildren: Will Daughtrey (Annie), Alison Daughtrey, Jim Daughtrey, Laura Fanjoy Milone (Carmine), Mary Margaret Fanjoy, Thomas Fanjoy II, Henry Armistead, Fran Armistead Stroud (Tanner), and Mary Chandler Armistead Bennett (Will); and three beautiful great-granddaughters: Mary Margaret Milone, Mary Louise Stroud, and Chandler Virginia Bennett. From the birth of his first grandchild, Tom became known as Grandpap. Aside from a few contemporaries, he would be Grandpap to everyone from then on. And, what a Grandpap he was. He set an example of how to live life well - with integrity, honor, loyalty and humility. He cared very little for material things; he cared nothing at all for recognition. Instead, he focused on ways he could be of service, and his generosity was unbounded - he gave willingly and generously of his time and resources to organizations and endeavors in which he believed, and he never hesitated to reach out and offer to help a friend or acquaintance in need. He accepted nothing less than his absolute best effort at all times; he had a no whine/no complain/deal with it discipline that he followed in every part of his life. He blessed so many, most of all his family. His was a journey well-traveled. His life will forever be a guiding light to those he left behind.

Grandpap lost his best pal, his champion, his love, his "Ms. F," our Grandmam, in 2015, after a lifelong acquaintance and 61 years of marriage. It was the only time his children had ever seen him seem "lost." We would like to thank all those who helped lovingly care for our Grandpap after Grandmam's death, including those who brought him treats, inquired about him, and even continued to visit long after he could remember who they were. We would especially like to thank his personal caregivers over the last five years: Debbie, Hazel, Pat, Wanda, Natalie and Angie.

Even in death, Tom wanted to continue to be of service to and bless others. Long before his dementia, he made provisions to donate his body to Baptist Hospital in Winston-Salem for medical research. He believed if there was anything someone could learn from his body, all the better. The family will honor his wishes with the profound hope that the study of his brain will offer relief to future dementia patients. That would have been gratitude enough for our Grandpap. As a result of Tom's wishes, the family will hold a private service at a later date.

Memorials may be made to Trinity Episcopal Church designated for the Frances A. Fanjoy Endowment, or you may honor Grandpap by doing as he so often did and reach out with a kind heart to someone you may know who needs a lift.

To plant trees in memory, please visit our Sympathy Store.
Published by Statesville Record & Landmark on Sep. 23, 2020.
MEMORIAL EVENTS
No memorial events are currently scheduled.
To offer your sympathy during this difficult time, you can now have memorial trees planted in a National Forest in memory of your loved one.
Funeral services provided by:
Troutman Funeral Home
GUEST BOOK
6 Entries 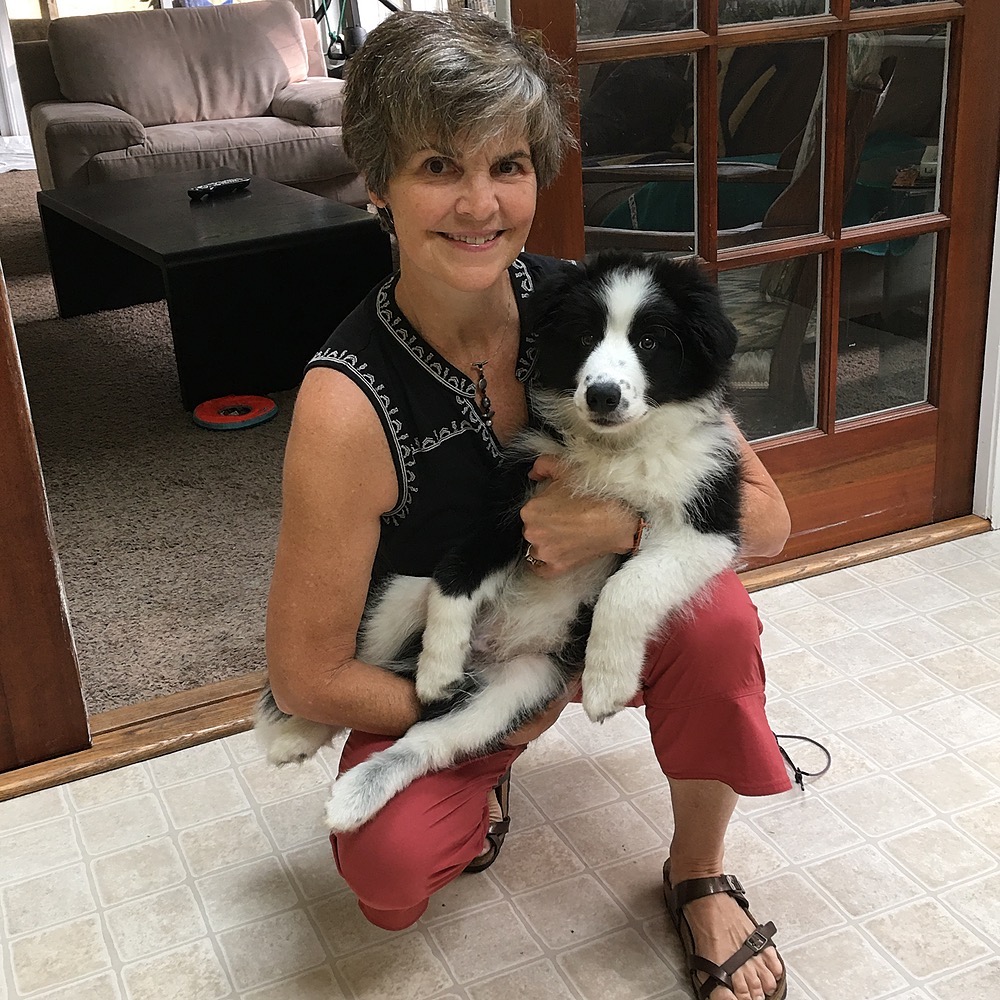 Rowdy, I want to send to you and your siblings my sympathies on the loss of your Father and your Mother in 2015. Your parents were so generous to take me on the fabulous ski trip back in our LR-C days where I witnessed their unique love of each other and family. Your Dad was so kind to me! Take Care Rowdy
Anne Efird Romano
September 30, 2020
Dear Will, I offer my deepest sympathies to you your sisters and all on the Fanjoy family tree. Your dad was an inspiration to all. He was one of the greatest of America's Greatest Generation.
Frank Foreman
September 24, 2020
So sorry for your loss. Our thoughts and prayers are with you.
Ella Mae, Dave, Peggy & David Wayne Parker
September 23, 2020
I read his Obit,What A Guy,He was truly A great Person & A tribute to many, I know you will all miss him, You have my simpathy
Clarence POOLE
September 23, 2020
Sending my deepest condolences to the Fanjoy family. MrFanjoy was an amazing man with an even more amazing heart. He will be greatly missed. James Rucker & Family
Coritha Rucker Edwards
September 22, 2020
Such a GREAT man!!
So many wonderful thoughts/memories enter my mind......such sad news.
Ocie Ford
Friend
September 22, 2020