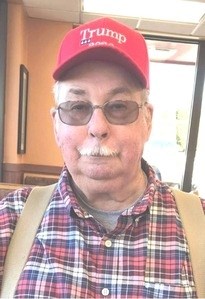 Newland was born in Iredell County, April 28, 1944, to the late Webb Newland Sloan and Ida Lee Goodin Sloan. He had a love for gardening, bluegrass music, and hunting. He was a member at Mt. Nebo Baptist Church in Hiddenite. Newland was retired from Statesville City water department in maintenance.

In addition to his parents, he was preceded in death by his wife of 54 years, Velma Susie Menscer Sloan; and brother-in-law, James Johnson.

A celebration of life will be conducted Sunday, Oct. 10, at Mt. Nebo Church in Hiddenite at 3 p.m. Pastor Brian Eades will officiate. A family visitation will be from 2 to 3 p.m., prior to the service.

Memorials may be given to Hospice of Iredell County, 2347 Simonton Rd., Statesville, NC 28677.

www.chapmanfuneralhome.com
Published by Statesville Record & Landmark from Sep. 19 to Oct. 3, 2021.
To plant trees in memory, please visit the Sympathy Store.
MEMORIAL EVENTS
To offer your sympathy during this difficult time, you can now have memorial trees planted in a National Forest in memory of your loved one.
Funeral services provided by:
Chapman Funeral Home
MAKE A DONATION
MEMORIES & CONDOLENCES
Sponsored by Chapman Funeral Home.
0 Entries
Be the first to post a memory or condolences.