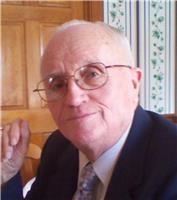 FUNERAL HOME
St. John's Family Funeral Home & Crematory
385 SR 207
St. Augustine, FL
Jesse W. Childre, 91, of St. Augustine, passed away Tuesday, July 25, 2017, at Flagler Hospital. Jess was born in Fort Valley, Georgia. He attended Georgia Military College in Milledgeville, Ga., and was a U.S Army veteran serving in World War II and the Korean War. Jess was awarded the Silver Star for Valor and attained the rank of Captain before being discharged. In 1950, Jess received his bachelor's degree from the University of Florida in building construction and over the years was an enthusiastic alumni supporter and avid Gator fan. Jess began his general contracting and home building career in the mid 1950s. Jess lived and worked in Titusville, Florida for over 50 years where he specialized in the construction of affordable housing, building hundreds of homes during the Space Boom in Brevard County. Jess was always active in his community. He was a member of the Chamber of Commerce and a longtime member of the Kiwanis Club where he served in numerous leadership positions. He was also a member of the National Home Builders Association. Since 1985, Jess and his wife Ida, a native of St. Johns County, have made St. Augustine their home. Remarkably, he remained active in real estate sales and land development until his passing. Jess was a loving husband, father, and grandfather, and he will be deeply missed.

In lieu of flowers, donations in Jess' memory can be made to the Jesse W. and Ida Marie Rogero Childre Endowment for Affordable Housing. Make checks payable to: University of Florida Foundation (memo: Endowment for Affordable Housing), and mail to: Rinker School of Construction Management, University of Florida, P.O. Box 115703, Gainesville, FL 32611-5703.

St. Johns Family Funeral Home is in charge of arrangements.

Published by St. Augustine Record on Jul. 28, 2017.
To plant trees in memory, please visit the Sympathy Store.
MEMORIAL EVENTS
To offer your sympathy during this difficult time, you can now have memorial trees planted in a National Forest in memory of your loved one.
Funeral services provided by:
St. John's Family Funeral Home & Crematory
MAKE A DONATION
MEMORIES & CONDOLENCES
1 Entry
Thanks for your service
July 28, 2017
Showing 1 - 1 of 1 results