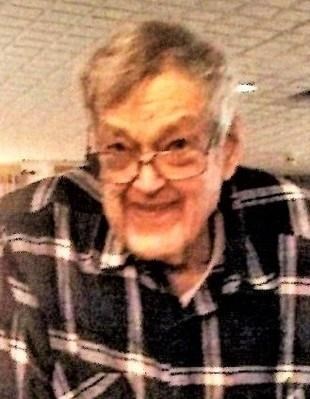 Stevens Point - Charles Harper "Chuck" Rumsey, a Korean War veteran who became a leading activist for peace and the study of it, died April 28. He taught history at the University of Wisconsin/Stevens Point from 1966 to 1991 and previously at the former Memphis State in Tennessee.

He is survived by two daughters, Mary Rumsey (Karl Olmstead) of Salem OR, and Elizabeth Rumsey (Steve Rice) of Duluth MN; brothers John Rumsey of Rochester NY and Ellison "Sonny" Rumsey (Olga) of El Dorado Hills CA; five grandchildren and many nieces and nephews. He was predeceased by his wife, Jean; daughter, Anne Margaret Rumsey (Nathan Meyer) and son, Hugh.

At UW/Stevens Point, he specialized in constitutional and economic history, notably industrialization and technology. He developed a course on the automobile and its effect on American life. Both on campus and off, he was an ardent antiwar advocate. He was the second director of the university's Peace Studies Program and was a co-founder of the Wisconsin Institute for Peace and Conflict Studies, which established programs at 18 colleges across the state. The institute awarded him its Dick Ringler Distinguished Peace Educator Award in 1998.

Charles was a longtime member of the Stevens Point Unitarian Universalist Fellowship. Other interests included basketball, bird-watching and activities at the family's lakeside retreat north of Spooner through most of his lifetime, until dementia and other illnesses overcame him. He served as admiral of our trips by canoe and inner tube down the Namekagon River. Late in life he enjoyed writing haiku poetry.

We express our special thanks to Anne Helmke and Mary Landrath, whose compassion, organization, attention to detail, good humor and love for Chuck and Jean have made them crucial members of our family for the past 10 years.

A memorial service for Chuck will be planned when such gatherings become feasible.


Published by Stevens Point Journal from May 15 to May 16, 2020.
To plant trees in memory, please visit the Sympathy Store.
MEMORIAL EVENTS
Memorial service
Service details to be determined.
Funeral services provided by:
Shuda Funeral Chapel
MAKE A DONATION
MEMORIES & CONDOLENCES
Sponsored by Shuda Funeral Chapel.
4 Entries
I am saddened to learn of the loss of Charles Rumsey; he was a wonderful man. He and his late wife Jean were supportive and helpful to our family when we arrived in Stevens Point in the late '90s. I have so many fond memories of our times together at their home or the UU Fellowship. We will never forget his kindness and support. My thoughts are with his family now.
Dorothy De Boer
May 27, 2020
I didn't have the opportunity to know Charles but I am a current faculty member at UWSP and happen to live on Rumsey Lane on the property formerly owned by Charles Rumsey. We feel very connected to his legacy!
Susan Turgeson
May 27, 2020
Chuck was our next door neighbor for several years. We always saw him taking strolls around the neighborhood, birdwatching, and petting our dog. He will be missed.
May 21, 2020
I was fortunate to have Professor Rumsey for some of my history classes. I was never a star student, but i recall his lectures and how he made events come alive.
May 16, 2020
Showing 1 - 4 of 4 results