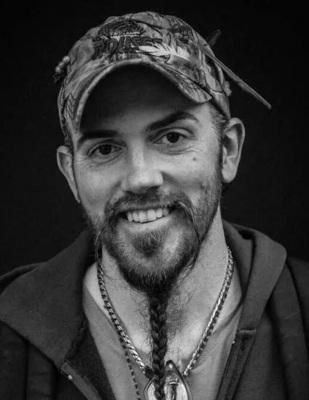 Tyler Tavy Kelm Mertes passed away on October 6, 2015. He was born on September 9, 1976 in Wausau, WI and was the son of Mike Mertes (Washburn) and Cindy Kelm (Waupaca).

He is survived by his parents; sister Mariah (Brian) Singer-Brown (Hollie and Hazel) of Amherst; grandmas, Mary Mertes of Washburn and Ruth LaMack of DePere. He was preceded in death by both grandpas, George Mertes and Kenneth Kelm and his brother-in-law, Greg Singer.

Tyler graduated valedictorian from Iola-Scandinavia High School in 1995. He earned a philosophy degree from Yale University and attended the University of Wisconsin - Madison Law School.

Tyler had a brilliant mind and a loving heart. As a child, he developed into a fast learner and a willing teacher. As a teenager and young adult, his insatiable curiosity was extended. His passion for knowledge turned to local and global awareness that motivated him to seek social change. He spent much of his adult life struggling to participate in a world where he could not turn a blind eye to mean-spiritedness, cruelty and unnecessary suffering. He voiced his opinions in an intense and passionate way that was often either rejected or unheard, getting lost in the noise and selfishness of our culture.

He loved nature, music and dancing. His love of animals revealed his gentle and kind spirit. He was an environmental steward and a political activist who loved philosophy and photography. Tyler had many jobs but found a passion for organic farming and community cooperation. He felt a strong pull to New Orleans after traveling there in college and volunteered in the area after Hurricane Katrina. Years later, Tyler spent time living on the streets of New Orleans, befriending many of the city's homeless and experiencing their daily challenges. He also volunteered his time working for Central Rivers Farmshed, the New Orleans Food Cooperative and the Humane Society of Waupaca County. He supported public access to information and appreciated the staff and services of the Waupaca Public Library.

He was creative and artistic; he could reuse and repurpose what he needed, finding beauty in and making do with what our throwaway society cast aside. He loved making things, teaching others and sharing what he had. Those who knew Tyler welcomed his warm smile, were comforted by his strong loving hugs and his deep and contagious laugh.

Money and material wealth had little meaning to Tyler; he was inspired by the absence of it.

He was a proponent and practitioner of direct action to get at the root causes of a problem.

He believed that all life on this earth is precious including every person who lives alongside us. A fitting memorial would be to have the courage to say something when we see injustice, to offer a kind word or an outstretched hand to someone in need, to stand up against something that isn't right, to show love and patience rather than fear and hate when confronted by behavior or beliefs that we do not understand. Being more loving toward one another, taking some personal action in our own lives, would be the best way to honor Tyler and what this precious man's life teaches us. All forms of direct action in his name would be appreciated by his family.

A celebration of Tyler's life will take place at the Iola Winter Sports Club chalet, north of Iola, WI on Saturday, November 7th. Doors open at 2:30 pm, a ceremony will be held at 3 pm, followed by fellowship and a lit-trail memory walk.

Published by Stevens Point Journal on Oct. 16, 2015.
To plant trees in memory, please visit the Sympathy Store.
MEMORIAL EVENTS
To offer your sympathy during this difficult time, you can now have memorial trees planted in a National Forest in memory of your loved one.
Funeral services provided by:
Maple Crest Funeral Home Inc
MAKE A DONATION
MEMORIES & CONDOLENCES
5 Entries
I wish to say that I didn't know Tyler, however upon reading his obituary I will definitely try to be more like his philosophy. I am sorry for you loss and I know he must have touched many lives in a positive manner, which I will strive to do as well. God bless you and Tyler.
James Makuski
October 22, 2015
I did not know Tyler but what a wonderful tribute to someone who seemed like a very kind soul.
Lisa Cychosz
October 21, 2015
The world has lost a wonderful kind young man, he truly is amazing, my deepest sympathy
Diane
October 16, 2015
I did not know Tyler, but I surely wished I had. Sounds like an amazing man that will be truly missed by all.
J P
October 16, 2015
I did not know Tyler, but he sounds like an amazing person. Someone we should all aspire to be. May he rest in peace.
brenda
October 16, 2015
Showing 1 - 5 of 5 results