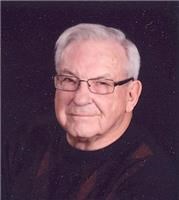 BORN
1932
DIED
2020
FUNERAL HOME
Boston Funeral Home & Crematory
1649 Briggs St
Stevens Point, WI
Peter W. Boettcher, 87, returned to his heavenly home on November 11, 2020. His devotion to his family and his strong belief in God was evident throughout his life. Peter was born to the late Roland and Garnet Boettcher in Mattoon, WI on December 17, 1932. Pete is preceded in death by his wife Jean on April 3, 2020. He is survived by his daughter, Kelly, son, Brad, brother, Steven, his grandchildren Jonathan and Heather Smallpage and Eric and Samantha Boettcher, niece Tanya and nephew Shane.

He grew up in Birnamwood and Wausau and graduated from Wausau High School in 1951 and St. Luke's School of Nursing in Racine, WI 1958. He then received his bachelor's degree as a Certified Registered Nurse Anesthetist (CRNA), graduating from Mercy School of Nursing in Oshkosh, WI in 1961. While studying in Oshkosh, he met his bride, Jean and they said it was love at first sight. He worked at St. Michaels's hospital from 1961 until his retirement in 1995 but continued working part-time until 1998.

He married his best friend, Jean Wolff, on August 11,1962 in Oshkosh, WI and honeymooned at Chipman Lake in Canada. Jean and Pete loved the outdoors, and fishing in Canada and Up North created some of their fondest memories. They had two children and loved camping, fishing and taking the RV camping on weekends and vacations to Florida and Yellowstone Park. Pete started hunting with Jean's family and enjoyed moose hunting and fishing trips in Canada and has never missed an opening day of gun deer season at their hunting land near Bevent, WI.

Later in life, Pete and Jean travelled to places all over the world too numerous to mention. They loved exploring and learning about other cultures, seeing many beautiful places, and travelling with children and grandchildren. Their last trip was to Mexico this past January and had plans for many more this year. They lived life to the fullest. Peter and Jean were most happy watching the sunsets on Lake Dubay and many rides on the pontoon boat with family and friends.

Peter loved volunteering in Stevens Point and had many friends in the community. He was active in the congregation at St. Paul Lutheran Church since his marriage in 1962. He was an elder and worked with Jean on video projection of services. He helped out at Operation Bootstrap after his retirement until 2017. He joined the Jaycees shortly after moving to Stevens Point in 1961 and formed many long friendships. His last 'job' was volunteering at St. Michael's hospital with the PACE group transporting patients and delivering mail in the hospital until recent restrictions went into place. Peter was social in the in-person way of doing so and could make new friends five minutes after their first conversation.

Pete was an energetic and extraordinary husband, father, grandfather and nurse anesthetist. Pete was full of energy and was committed to his work and family. He is greatly missed by his family, friends and colleagues.

The family gratefully declines flowers, but prayers and condolences are welcome. They may be sent to Peter's home in care of Kelly and Brad Boettcher. Memorials may be made to Portage County COVID-19 Relief Fund (PCCRF) Relief Fund. CAP Services, Operation Bootstrap and Meals on Wheels are among the many organizations which have received grants to help those affected by the pandemic.

Online condolences may be made at www.bosontfuneralhome.net.
Published by Stevens Point News from Nov. 18 to Nov. 20, 2020.
To plant trees in memory, please visit the Sympathy Store.
MEMORIAL EVENTS
Nov
16
Visitation
10:30a.m. - 11:00a.m.
St. Paul Lutheran Church
WI
Nov
16
Funeral service
11:00a.m.
St. Paul Lutheran Church
WI
Funeral services provided by:
Boston Funeral Home & Crematory
MAKE A DONATION
MEMORIES & CONDOLENCES
Sponsored by Boston Funeral Home & Crematory.
4 Entries
May God bless you and your family in this time of sorrow. Always enjoyed Pete taking a lunch with us at work. Your folks were a joy to know and work with! May heaven hold many blessings for them, They will be missed!
Clare M Kish
Coworker
November 16, 2020
My condolences to the family . May you find comfort in your treasured memories
and Gods promise to return our loved ones . 1st Thessalonians 4 : 13 & 14 .
November 15, 2020
To the family,

Please know that God is a source of comfort and strength and he will hold on to you to help you heal your broken heart. God will fortify you! (Isa. 41:10) Cherish the wonderful memories!
November 15, 2020
RIP Pete....so many wonderful memories from working together at St. Michaels. You and Jeanne will be missed!
Kay Palmer
Friend
November 14, 2020
Showing 1 - 4 of 4 results