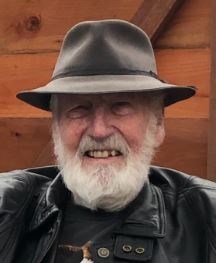 After a 22-year, hard-fought battle with cancer, Sherman Lee Sowersby of St. Helena, CA, passed away on June 22, 2021, while on Hospice Care at the age of 82. He is survived by his daughter, Doris Martin, son Matt Sowersby, son-in-law Serg Martin, daughter-in-law, Julie Sowersby, four grandchildren: Brooklyn, Benjamin, Samantha, and Shannon, sister Doris Perez, brother David (Bud) Sowersby, as well as numerous nieces and a nephew. He is preceded in death by his parents and 3 brothers.

Sherman was born on February 28, 1939, in Tulare, CA to Charles and Anna (Irene) Sowersby. He grew up in a large family with 4 brothers and 1 sister. Sherman left high school early to join the Navy in 1956 where he proudly served his country until his Honorable Discharge in 1960. During his time in the Navy, he worked on the engines of fighter jets including the A-4, F-7 Cutlass and F-9. After his military service, he completed his GED and attended classes at the College of the Sequoias in Visalia, CA. In 1964, he began his career in the grocery business working at Safeway for 30 years.

Sherman moved to St. Helena in 1971 where he established roots, raised his two children, and resided until his passing. He was the type of father that frequently drove his children all over Northern California for their sporting events, school trips, or anywhere they needed or wanted to go. Many good times were enjoyed on Lake Berryessa in the family speedboat. Sherman was an avid motorcyclist and was president of the Napa Valley Ass Kickers Biker Club for several years. Sherman was also a proud member of the American Legion. He supported local youth events and was known to ride his Harley and lead the Robert Louis Stevenson Middle school's annual Run for Funds. He enjoyed attending numerous motorcycle rallies, especially the annual Holiday Toy Run to Sacramento to provide toys for the less fortunate. He was honored by the St. Helena Rotary Club as the 1990 Employee of the Year in recognition of personal performance of the highest degree.

Sherman will be remembered by many as a humorous and dedicated man with a great work ethic. His door was "Always Open" as he was a good friend with a strong sense of family and community. He is known for telling colorful jokes and stories, living life to the fullest, enjoying retirement, and spending time with family and friends. Sherman was one-of-a-kind and will be dearly missed.

As a military veteran, Sherman's ashes will be interred at the Saint Helena Cemetery with a visitation headstone to commemorate his life with a private graveside service.

The family would especially like to thank Dr. Ethan Schram of the Martin O'Neil Cancer Center, Dr. Paul Laband, and the staff of Collabria Care Hospice for their constant, attentive treatment, and care.

Published by St. Helena Star on Jul. 8, 2021.
To plant trees in memory, please visit the Sympathy Store.
MEMORIAL EVENTS
Jul
16
Service
1:00p.m. - 6:00p.m.
Native Sons Hall
1313 Spring Street, St. Helena, CA
MAKE A DONATION
MEMORIES & CONDOLENCES
2 Entries
Matt and family, so sorry to hear about Sherman as you know I worked with him at Safeway for 30 years as we were a team and worked together on so many deliveries and other functions in the store. My heartfelt sympathy and prayers go out to you all as we lost a great man who loved to travel on his Bike. He will be missed but he is not suffering anymore and he is in God's care now.
Dennis Murphy
September 23, 2021
Hi Doris nd Mathew. your father andnI were second cousins. Charlie and Tip were my fathers (Frank Sowersby) first cousins. I did meet sherm a few times, and I was friends with your mother Leeann for a few years. I'm so sorry for our loss.I knew him as a really good guy and a real patriot of the USA. Sincerly Jayne Call me sometime 337-4281.
Jayne Sowersby of Napa
July 8, 2021
Showing 1 - 2 of 2 results