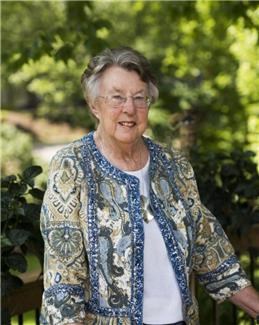 Ann J. Johanson, M.D. age 85, passed away in her winter home in Sanibel, Florida on January 30th, 2020. Ann was born July 19, 1934 in St. Louis, Missouri to Eugene and Virginia Johanson and was the sister to the late James E. Johanson MD. She was a fifth generation physician dating back to her Norwegian forebearers.

Ann graduated from Webster Groves High School where subsequently she was inducted into the athletic Hall of Fame, as well as recipient of the school's Life Time Achievement award. She earned letters in multiple sports including basketball, softball, volleyball and field hockey.

Ann received a B.A. degree with honors from Washington University-St. Louis and in her senior year earned the Phoenix Award for the most outstanding female athlete. She attended medical school at the University of Missouri-Columbia, was president of her senior class, and graduated at the top of the class of 1962. She did her internship at the University of Minnesota, residency at St. Louis Children's Hospital, and a fellowship in endocrinology at Johns Hopkins Hospital in Baltimore, MD. She was recruited to the University of Virginia-Charlottesville, and rose to the rank of full Professor over a fifteen-year career there. She was the founding Director of the Division of Pediatric Endocrinology and gained an international reputation in the field of growth disorders, specifically short stature syndromes. Ann and her partner, Dr. Robert M. Blizzard described, and therefore had named after them, the endocrine disorder Johanson-Blizzard Syndrome. She was a pioneer in the clinical use of human growth hormone. Ann eventually left academic medicine to head the human growth hormone division at Genentech Corporation in south San Francisco, CA. Many thousands of children have benefited immeasurably from her work there. In retirement Ann traveled extensively and enjoyed summers at her cabin in Three Lakes, WI with her Labrador Nisse, her trusty companion.

Ann was generous in providing scholarship support to students interested in medicine and biological sciences, as well as the Missouri Botanical Gardens, St. Louis Symphony, and a variety of activities associated with Webster Groves Presbyterian Church. She is remembered by a multitude of friends, colleagues, and most of all patients as an exceptionally compassionate, dedicated physician with uncommon humility. She is survived by nephews Erik, Stephen and Peter, niece Kristen and their spouses and children, her sister in-law Kathren, as well as her close cousins Dr. Stephen Achuff, his spouse Cary and children, Elise, Jeannie, and Charlie and the Witherspoon family.

Donations in her memory can be made to:

Published by Post - Dispatch on Feb. 9, 2020.
To plant trees in memory, please visit the Sympathy Store.
MEMORIAL EVENTS
To offer your sympathy during this difficult time, you can now have memorial trees planted in a National Forest in memory of your loved one.
MAKE A DONATION
MEMORIES & CONDOLENCES
8 Entries
Ann was a good friend and mentor over many years. I will miss her.
Joyce Kuntze
February 14, 2020
Ann was a good friend and mentor over many years. I will miss her.
February 14, 2020
Ann so dear, always treating the patient and not just the disease. Thank you for so many years.
Jim Frane
February 14, 2020
Ann, You were a mentor and friend. We will all miss your wise counsel.
Sandra Blethen
February 13, 2020
Ann was very special in our lives in so many ways: help with my husband Steve's mother, her Aunt Jan, visiting our very premature son many years ago in Texas, family gatherings for so many holidays and recently guiding us on obtaining growth hormone for
our grandson. Please come to her memorial May 2nd, 10 am at Webster Groves Presbyterian Church.
Cary Achuff
February 12, 2020
Ann was a long lasting compagnon in Johns Hopkins Harriet Lane history. I learned from her clinical expertise and certainly from the way she would approach children and families. After she left JHH we had numerous contacts and shared marvelous days along "her" lake. Ann was unique and we are missing her, even at a so long distance from the east coast and Florida
Adieu Ann
Raphael Rappaport
former fellow at JHH
Professor Emeritus Paris University
Raphael Rappaport
February 11, 2020
It was my honor to know and love you these last 3.5 years. Beachview will never be the same without you. I miss you terribly and I hope you are loving your new life in paradise with Nisse.
Mickayla Burnstein
February 10, 2020
Rest in peace my Friend.
Ron Hawkins
February 9, 2020
Showing 1 - 8 of 8 results