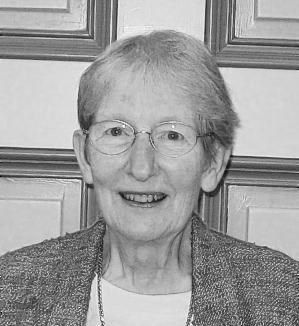 BORN
1931
DIED
2018
Williams, Dr. Carol F. Dr. Carol F. Williams was carried away peacefully in the arms of God on January 22, 2018 after a short convalescence. She was born in Chattanooga, Tennessee on September 13, 1931 to Dr. Daniel N. and Francis B. Williams. She graduated from Girls Preparatory School in Chattanooga and then earned her medical degree at the University of Tennessee Medical School. She trained as a resident in obstetrics and gynecology at Barnes Hospital in St. Louis and also held an American Cancer Society Fellowship at Washington University Medical School. In 1986, Dr. Williams became the first woman president of the St. Louis Metropolitan Medical Society after having served on several Society committees over the previous 13 years. In 1992 she served as the president of the Missouri State Medical Association. Throughout her medical career she advocated the importance of preventative clinic care for women and low income families. Dr. Williams was a very compassionate and spiritual person. She received both a Masters of Arts of Theology and an honorary PhD of Theology from the Aquinas Institute of Theology. Her wisdom and counsel were sought out and she agreed to serve for many years on the Board of Trustees of both the Aquinas Institute and Girls Preparatory School. She was also an associate of the Adrian Dominican Sisters. She was much beloved by all that knew her. Dr. Williams was preceded in death by her parents and is survived by her brother Daniel (Joan) Williams, Jr., nephew Chris (Terri) Williams and their son Stone Williams, and nephew William Hedrick. Services: A memorial service will be held on Friday, January 26, 2018 at St. Francis Xavier College Church. Visitation will start at 9 a.m., followed by Mass at 10 a.m. Burial will be at a private service to be held at a later date in Chattanooga, Tennessee. Contributions in her memory can be made to St. Francis Xavier College Church and the Aquinas Institute of Theology.Arrangements by Bopp Chapel. www.boppchapel.com

Published by St. Louis Post-Dispatch from Jan. 24 to Jan. 25, 2018.
MEMORIAL EVENTS
Jan
26
Visitation
9:00a.m.
St. Francis Xavier College Church
63122
Jan
26
Funeral Mass
10:00a.m.
St. Francis Xavier College Church
63122
Funeral services provided by:
BOPP CHAPEL
GUEST BOOK
7 Entries
Dr. Williams was always such a calming presence seeing children in Cardinal Glennon's emergency room. As a nurse, I witnessed her at work, and she was such a good teacher. I remember her with fondness.
Chris Desloge
January 28, 2018
I have many fond memories of Carol, when I was in formation at Aquinas Institute and served in music ministry at College Church. She was a loving, just, and faith-full woman, who lived the spirit and mission of St. Dominic and St. Catherine. May she enjoy a grand heavenly reunion.

Fondly,
Paul H. Colloton, OSFS/OPA
Paul H Colloton, OSFS/OPA
January 26, 2018
Hello Daniel,
I feel as thou I know you. Carol spoke of you often while I was cutting her hair. I have to say I Loved your sister...we became friends over the many years. She was a Remarkable woman and I will miss her, she was amazing and brilliant. I am so sorry I did not have an opportunity to meet you. Sadly , I had to work after just coming off a month folllowing surgery. Please accept my deep heartfelt sympathy
For your loss.
With you and your family in my thoughts and prayers,
D. Jane Puttman
Deborah Jane Puttman
January 26, 2018
I fondly remember Dr.Williams from when I was working as a nurse in the emergency room of St. Luke's hospital on Delmar in the late '70's. She was a great doctor and I could tell she was well loved by her patients and the staff. She gave her all to her patients and whatever she did. Sorry I never got to see her in the last years.
Jean Kleypas
January 24, 2018
Marianne Postiglione, RSM
January 24, 2018
Carol was a wonderful friend. Her words of wisdom echo through my life. She counseled and consoled me during my mother's illness and after my mother's death. Carol has a place in my heart forever.