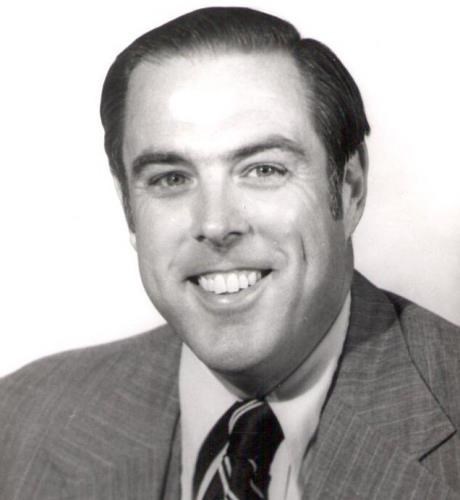 Charles was a passionate and supportive family man who took a keen interest in his loved ones' personal goals. He owned a successful sales company for many years and loved traveling. He was also an avid sports fan and a die-hard fan of the St. Louis Cardinals. Unfortunately for his wife and kids, he was also one of those people who never stayed to see the end of a sporting event because he wanted to "beat the crowd."

He graduated in 1960 from Georgetown University, Walsh School of Foreign Service and received his J.D. in 1964 from Catholic University School of Law.

A longtime resident of Bridgeton, Missouri, he served as Councilman for 12 years, as well as served on the Planning & Zoning Commission and the Historical Society. He and Rosaleen also lived in Ormond Beach, Florida, where they were active members of Prince of Peace Catholic Church, and finally they were residents of St. Charles, Illinois. Over his life, he was active in many social and charitable organizations including the Georgetown University Alumni Association and the Knights of Columbus. He also served in the U.S. Army and was honorably discharged in 1958.

In lieu of flowers, the family requests donations be sent to the PAN Foundation, 805 15th Street, NW, Suite 500, Washington, DC 20005 or a charity of choice.

Services: A Celebration of Life will be held in the Spring of 2022. For more information, please contact Moss-Norris Funeral Home 630-584-2000 or www.mossfuneral.com

Published by St. Louis Post-Dispatch on Nov. 24, 2021.
To plant trees in memory, please visit the Sympathy Store.
MEMORIAL EVENTS
To offer your sympathy during this difficult time, you can now have memorial trees planted in a National Forest in memory of your loved one.
Funeral services provided by:
Moss-Norris Funeral Home
MAKE A DONATION
Please consider a donation as requested by the family.
MEMORIES & CONDOLENCES
0 Entries
Be the first to post a memory or condolences.