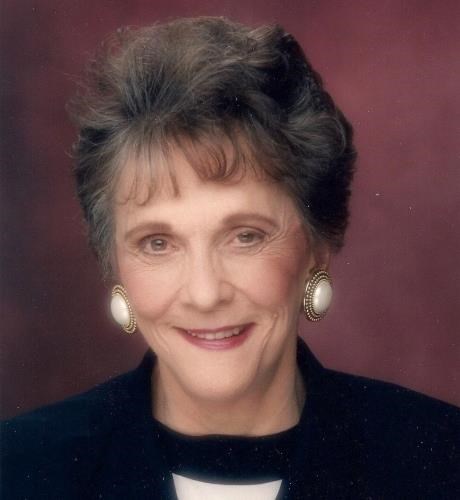 Dorothy was born in Mexico, Missouri on August 19, 1925. Dottie also lived in Kansas City, Missouri, Denver, Colorado and Webster Groves, Missouri. She graduated with honors from Webster Groves High School in June 1942. She went to Washington University to study engineering. While there, she joined the Delta Gamma Sorority, where she made many lifelong friends.

Dorothy married William Wesley Burton and had two girls and then two boys. When the youngest was 6 months old, in 1952, she decided to go to work for McDonnell Aircraft. She designed helicopters, initially, then airplanes (i.e. Phantom F4H Voodoo Jets) and on to the space program trying to calculate spacecraft landing on Mars in 1963. Dorothy was the second women to make senior engineer grade at McDonnell Douglas. In 1970, Dottie moved on to create project management software for McDonnell Douglas and then outside companies. She was Cost Manager for the Alaskan Pipeline. She traveled extensively throughout the United States, including Alaska, and Europe training engineers to use her scheduling and cost control software. She created the St. Louis Metropolitan chapter of the Project Management Institute (PMI) becoming the first St. Louisan to earn the Project Management Professional (PMP) status. She was also active in the American Association of Cost Engineers (AACE), where she became a Fellow and rose to the Technical Vice-President in 1998. Dottie earned her MBA from SIU Edwardsville in 1983. She retired from McDonnell Douglas at the end of 1987, after 35 years.

Forty years ago, Dottie and her husband moved from Webster Groves to Lake Saint Louis. She and Wes were members of the Sailing Club and active with Dardenne Presbyterian Church. She enjoyed living at the McKnight Place Extended Care Facility since September 2014. The staff has been wonderful.