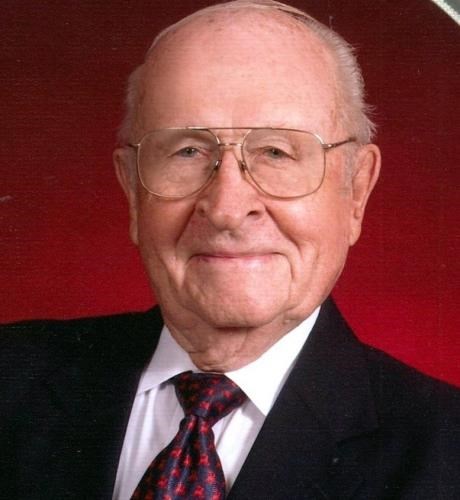 died on Wednesday, November 18, 2020. He was born on a farm in Northeast Nebraska, January 19, 1920. After obtaining a B.S. degree in Agriculture from the University of Nebraska, he went directly in the U.S. Army. He spent almost two years in the European Theater. After his discharge, he obtained an advanced Degree at the U. of Nebraska where he met Mary Claire Phillips. They were married for 57 years and raised 6 children; Daniel "Danny" (Debbie), Francis "Frank", Ann (George) Halenkamp, Mary, Philip (Anne), and the late Gerald "Jerry" Jr. He was blessed with 15 grandchildren and 11 great-grandchildren. After the death of Mary Claire in 2004, he married Therese Marie Krack in 2005. They have been married for 15 years prior to his death.

Services: Visitation at Our Lady of the Pillar Church, 401 S. Lindbergh Blvd., on Tuesday, November 24, from 11:00 a.m. until time of Mass at 12:00 noon. Private interment Jefferson Barracks National Cemetery.