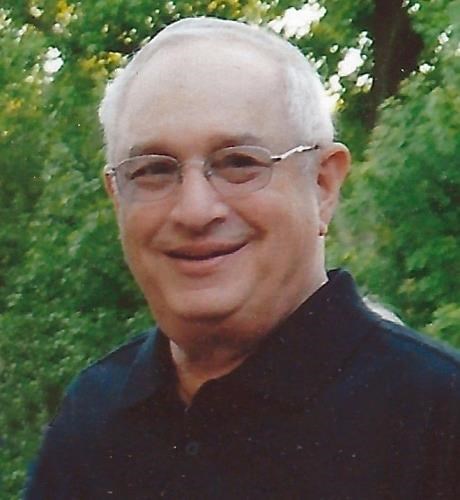 Howard celebrated his 80th birthday with a surprise drive-by in April, and his 55th year of marriage to beloved wife Alice in August. The two met when Alice interviewed Howard for an expose about men's honors societies while Howard was president of the ZBT Fraternity at the University of Missouri.

Howard was born and raised in St. Louis, the middle son of Frieda and Lester Handelman. After graduating from Ladue High School and Mizzou, he served as a lieutenant and communications officer in the US Navy. Upon his return, he joined his father and older brother Neil in the family business, California Manufacturing Company, as a materials buyer for men's and boys' outerwear. His younger brother Gary eventually joined them, and the four Handelman men worked together for the remainder of their careers.

Before the world was opened by the internet, Howard surfed the airwaves as ham radio operator WONXH and enjoyed making friends around the world. He also was an avid golfer, sports fan, crossword puzzler, reader of spy novels and bridge player. He enjoyed traveling, learning piano and spending Sunday evenings with his children and grandchildren. He served the community on the boards of the Jewish Community Center and MERS Goodwill.

In addition to his wife Alice and brothers Neil (Natalie) and Gary (Ronni z'l), Howard is survived by three daughters Karen Handelman (Marc Hirshman) and Patty Bloom (Jonathan) of St. Louis, and Marjorie Handelman of New York; grandchildren Rebecca and Matthew Bloom, and Abby and Emily Hirshman; sister-in-law Arlene Sackman of California; and many nieces, nephews and cousins.

To plant trees in memory, please visit our Sympathy Store.
Published by St. Louis Post-Dispatch on Oct. 18, 2020.
MEMORIAL EVENTS
No memorial events are currently scheduled.
To offer your sympathy during this difficult time, you can now have memorial trees planted in a National Forest in memory of your loved one.
Funeral services provided by:
Berger Memorial Chapel
GUEST BOOK
7 Entries
ALICE, I am so sorry to hear this news. I wish you peace and good memories
RITA HARRIS
October 23, 2020
I am truly sorry for your loss, Alice and family. What a beautiful tribute for a special man. God's blessings to all.
Pam Pieper
October 23, 2020
I´m sad to hear of your family´s loss. Howard was a very kind and wise man.
Pam Fisher
October 21, 2020
My deepest sympathy to the family. Will miss Howard greatly. Thank you for the time we had together.
David Eckert
October 20, 2020
Dear Alice, Mort & I are so terribly sorry to hear of Howard's passing. We feel for your beautiful loving family and know their devotion will be of great strength to all of you. I am thinking of you, fondly and wish I could be there with you.
Esther Davis (Bunny)
October 18, 2020
May his life be a blessing. I´m so sorry for your loss.
Lesley Sterling
October 18, 2020
Dear Alice, Ron and I are very sad for you and the entire beautiful Handelman family . Howie set an example for his children of a " mensch." There couldn´t be a better person . Howie was the brave model for the world to follow . We will always remember him with love and love you , Alice . Stephanie & Ron
Stephanie & Ron Rohan
October 18, 2020