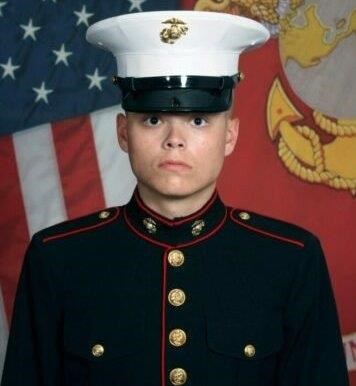 of the U.S. Marine Corps tragically died August 26, 2021 while deployed to Afghanistan. Jared, along with 12 other US service members -- four of whom were in his squad -- was killed in action while assisting with the heroic evacuation efforts that safely transported over 100,000 civilians out of the country from August 15 to August 30. He was 20 years old.

Jared was born February 25, 2001 to Sue Livingston-Schmitz and Mark Joseph Schmitz who lived in St. Charles, MO during that time. At a very young age his parents divorced and his mother returned to her hometown of St. Louis while his father remained in St. Charles. Beginning in 2008, he primarily lived with his mother in the Tower Grove South neighborhood of St. Louis, MO, where he spent most of his young adolescence. He attended elementary school at Shaw Visual and Performing Arts School, one year at Carr Lane Visual and Performing Arts Middle School, and finally finishing middle school at Premier Charter School. It was at PCS where he met one of his closest and dearest friends, Allen Lutz. Allen offered immeasurable support to Jared over the years, and would later attend his boot camp graduation in San Diego, CA in October, 2019.

Although by 3rd grade Jared had already expressed his interest in becoming a Marine, he was not as serious a person as this goal may suggest. From the moment he was born, Jared was a loving, silly boy who always had a wide smile on his face. He loved to make people laugh, himself a prolific giggler. He was always active and played several sports growing up, including basketball, soccer, football and hockey. He had a relentless thirst for life and always sought adventure, perhaps most notably the time he and a friend were caught by his mother Sue jumping back and forth from their roof to the neighbor's. It should be emphasized that he was six at the time. A born daredevil, indeed.

After graduating 8th grade in 2015, Jared made the decision to move in with his father Mark and his family in O'Fallon, MO and attend Fort Zumwalt South High School. It was there he would formally commit to becoming a Marine, signing enlistment papers during his senior year. He graduated in 2019 and soon after began the 13-week Marine Corps Recruit Training at MCRD in San Diego, CA, officially completing training and becoming a Marine in October of that same year.

Being a Marine was ultimately Jared's proudest accomplishment, but he made space in his life for his many friends and interests. He loved goofing with friends and cheering on the Blues (LGB!). Oh, and video games of course.

Jared was preceded in death by his maternal grandparents Tom and Jean Livingston. He is survived by his parents Sue and Mark, paternal grandmother Sue Cook-Allen, older brothers Jake (Betsy Mikel) Guidry and Cameron Schmitz, and younger sisters Elle and Addison Schmitz.

Published by St. Louis Post-Dispatch on Sep. 10, 2021.
To plant trees in memory, please visit the Sympathy Store.
MEMORIAL EVENTS
Sep
11
Visitation
3:00p.m. - 10:00p.m.
Baue Funeral Home - Cave Springs
3950 W. Clay, St. Charles, MO
Funeral services provided by:
Baue Funeral Home - Cave Springs
MAKE A DONATION
MEMORIES & CONDOLENCES
39 Entries
To Jared... Thank You, and God rest you. A very grateful nation will NEVER forget your service and ultimate sacrifice. Tenderembrace of prayer to Jared's family and friends.
Christine Smith
September 22, 2021
I am very sorry for the loss of your son. I was a teacher at Shaw Visual and Performing Arts at the time Jared was there. I stood across from Baue Thursday to show my respect for your son. It brought back memories of a childhood friend killed in Vietnam at the age of 19 two weeks before he was to come home. Let your memories of his life heal your grief.
Peggy Beard
School
September 18, 2021
Don't know if we were related somehow through family, but I'm so sorry for your loss! Prayers to all the family, and Thank you for your service young man! RIH
Deb Schmitz
September 17, 2021
My deepest condolences to the family of Jared Schmitz. He is truly American Hero.
Gail Harman
September 16, 2021
You don't know me, but I just want to say sorry for your loss. I know this won't bring him back, but I want to tell you from the bottom of my heart Thank you for your son and the service for protecting us Americans. You guys will be in my heart and in my prayers.
Sandi
September 16, 2021
My Deepest Condolences to the immediate family, close friends, and relatives of LCpl. Jared Marcus Schmitz ,...I have thee upmost reverence for his courage, nobility, heroism, strength, virtue and personal selfless sacrifice. HE & ALL WHO SERVE IN THE ARMED FORCES ARE FOREVER MY HEROES. My prayers go out to his parents, and loved ones. Bless You All... May all of his memories grant you peace, strength, & love. Now, Forever, and A Day. ....Till´ OORAH!!!
Xavier Vargas
Other
September 16, 2021 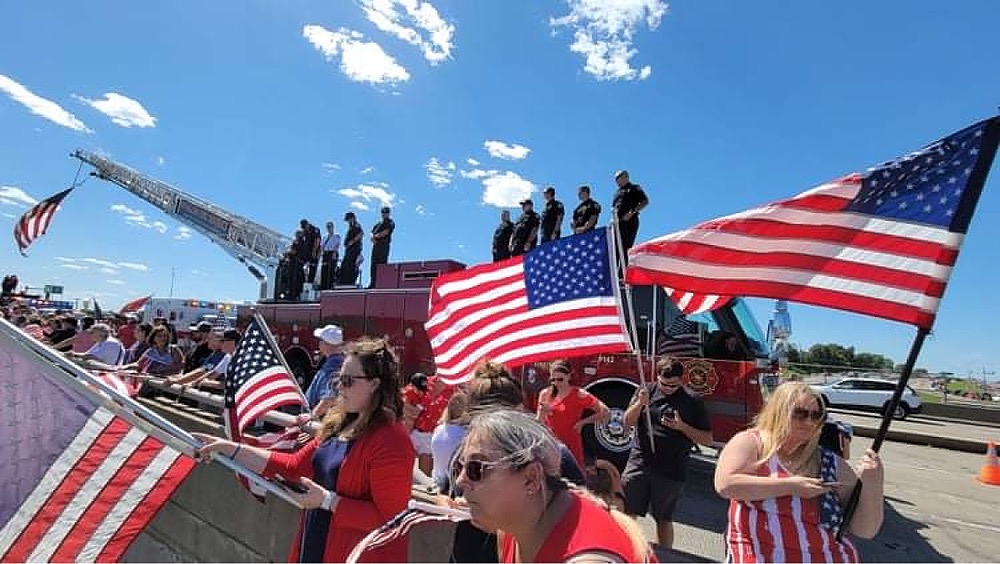