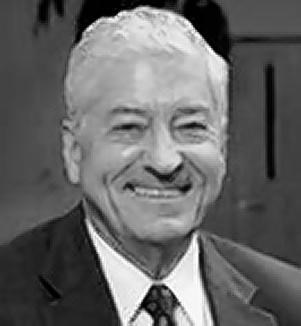 FUNERAL HOME
BOPP CHAPEL
10610 MANCHESTER RD
Kirkwood, MO
Shoemake, Jim J. passed away on June 28, 2017, at home after a brief battle with leukemia. Jim leaves behind his beloved wife Rita after over 55 years of marriage, their three daughters Susie Klemm, Kathy Birchfield and Sarah Shoemake Doles, and eleven grandchildren. Jim is survived by his brother Bob Shoemake. Jim was born in Greenville, Missouri and resided continuously in the St. Louis Metropolitan Area since 1967. He received his undergraduate degree from Washington University and was a graduate of St. Louis University School of Law. After graduating from law school, Jim worked in the United States Department of Justice, Washington, DC, under the United States Attorney General's Program for Honor Law Graduates, and was an Assistant United States Attorney, Eastern District of Missouri. In 1970, Jim joined the law firm that became known as Guilfoil Petzall & Shoemake, L.L.C. as a senior partner. After joining the firm, he served as City Attorney and Prosecuting Attorney for the City of Fenton, Missouri, for six years. While at the firm, Jim obtained the thenlargest civil judgment in the history of the State of Missouri when he obtained a verdict for $105,000,000 in an antitrust lawsuit. Jim served on the Board of Directors of a number of charitable and not-for-profit entities, including the Urological Research Foundation and Lindenwood University, where he was Chairman. Jim served as President and Director of the American Quarter Horse Association, the world's largest equine association, and has served on numerous committees for that association. Jim also served as President, Vice President and Director of the Missouri Quarter Horse Association and on the Board of Trustees and as Chairman for the American Horse Council in Washington, DC. Jim and Rita have owned a farm near Farmington, Missouri for almost fifty years, where he could relax and spend quality time with his family. He often said that whenever there was a pause in the conversation, he would head to the farm. Jim and Rita bred and raised registered quarter horses. Jim's love for his family, the law, and his horses guided his life and inspired all those who knew him. Services: Jim's life will be celebrated at an open house on Friday, July 7 from 4:00-7:00 p.m., at the Missouri Athletic Club, 405 Washington Avenue, St. Louis, Missouri 63102. In lieu of flowers, the family requests that memorial gifts be made to the American Quarter Horse Foundation, P.O. Box 32111, Amarillo, Texas 79120. www.boppchapel.com

Published by St. Louis Post-Dispatch on Jul. 2, 2017.
To plant trees in memory, please visit our Sympathy Store.
MEMORIAL EVENTS
Jul
7
Service
4:00p.m. - 7:00p.m.
Missouri Athletic Club
405 Washington Avenue, St. Louis, MO
Funeral services provided by:
BOPP CHAPEL
MAKE A DONATION
MEMORIES & CONDOLENCES
10 Entries
Our family is saddened to hear of the loss of Jim he was a very nice man, our family shared a love of showing horses and membership to both AQHA and MQHA associations where my Father David severed on committees with him, our thoughts and prayers go out to his family, he will be sorely missed. We were very proud to know him and to see him serve as President of AQHA representing the State of MO.
Beth Anne (McElwain) West
July 14, 2017
Dear Mrs. Shoemake, Susie, Kathy & Sarah-

I am so very sorry to learn of your loss. I have such fond memories of being your 4th daughter (one of many)!

You are all in my thoughts and prayers during this difficult time. May you find comfort knowing he is now with our Lord in heaven!

Love to you all!
Bonnie (Bownes) McCabe
July 7, 2017
When I moved back to St. Louis in 2015 it did not take long for me to run into Shoemake (as we called him). We talked, had some laughs, and kept trying to get together on some Lindenwood matters. Good friend. I wish I had known him better. Condolences to his wonderful family and to his close friend, Gerhard.

Tom Utterback
July 5, 2017
Sincere condolences from myself and from all who knew and admired Jim at Pitzer Snodgrass PC.
July 3, 2017
Jim,along with his friend Dal Maxvill, and I were all teammates on the Washington U baseball team. Many times at the MAC we would relate old war stories between ourselves or tell them to any one else we could corner. I was not aware of his illness and I am deeply saddened. Although I never had the pleasure of knowing his family, he spoke often about them and I know how deeply he loved them. He was a kind and caring person and I send my deepest sympathies to his entire family.
July 3, 2017
In behalf of the trustees and staff of The Baptist Home and Foundation, we extend our prayers and support to Jim's wife, Rita, and his family. Jim represented The Baptist Home extremely well for over 20 years. We are very grateful for the gift of his life. He will be deeply missed, not only for his legal expertise, wisdom and counsel, but for his friendship, too.

We are so saddened to learn of Jim's passing. His and Rita's presence and friendship always brightened the occasion at the many fun times we have shared. Jim was a consummate professional and trusted advisor with a dignified, effective presence in the courtroom. He was greatly treasured as a resource and representative of the Urological Research Foundation for many years.

Jan and Bill Catalona
July 3, 2017
Mrs. Shoemake, Susie, Kathy & Sarah,
I'm so very sorry for your loss. My childhood is filled with wonderful memories of time spent at your home and with your family. I remember your Dad always being so funny and kind. I know my mom always held your friendship so dear to her heart. My thoughts and prayers are with all of you that you may find peace and comfort during this difficult time.
Love,
Kathy Nations Elmore
Kathy Elmore
July 3, 2017
Your family has been a special part of our lives since we became neighbors and friends in late 1977. Our children had so much fun with the girls and so many happy memories over the years. We feel blessed to know your family. We have all been through heartbreak and disappointments over the last 40 years. This loss has devastated everyone in our family as well. We love all of you and our hearts break for the loss of this wonderful husband, father, grandfather, friend and neighbor. The Rehm/Corrington Family
July 2, 2017
Jim successfully prosecuted one of the most challenging cases, by his admission, that I had the pleasure of investigating under his tutelage.
Took a couple years to get it done, but in the end a bad guy was taken off the streets.
Jim was the very best prosecutor in the US Attorneys during his stay there. We became good friends, a possession I have always treasured.
Bob Hess
Retired FBI
July 2, 2017
Showing 1 - 10 of 10 results