Lynne M. Cooper, D.Min., passed away peacefully at her home on Sat., Mar. 16, 2013 at the age of 61 after a long but brave battle with pancreatic cancer. Lynne was one of the founders of DOORWAYS, an Interfaith, HIV/AIDS homeless ministry and served as its long-time President and most recently President Emeritus. She was preceded in death by her parents William Sr., and Olga Cooper, and brothers William Cooper, Jr. and Ralph Cooper. Lynne is survived by her siblings, Iris (Cooper) McCoy, Paula (Cooper) Watson and Clark Cooper and a host of nieces and nephews. Lynne was born in Greenville, SC on April 6, 1951 and spent her early childhood with her family in the Jacksonville, FL area. Her family then moved to Atlanta, GA where she graduated from St. Joseph's High school. Lynne's undergraduate degree was from Fontbonne University. She held a Master's degree from the University of Notre Dame and a Doctor of Ministry degree from Eden Seminary. Lynne's interest in HIV/AIDS began during her pastoral care residency at Southern Baptist Hospital in New Orleans in 1985. In 1988, she and other community and faith leaders founded DOORWAYS, an Interfaith AIDS Residence Program to address the housing needs of people living with HIV/AIDS. Lynne served on numerous state and national boards, including President Clinton's Advisory Council on HIV/AIDS, the National AIDS Housing Coalition and the Missouri Children's Trust Fund. She volunteered her time and talent at The Women's Safe House and assisted in the startup of The Community Wellness Project. Lynne's humanitarian work reached many corners of the U.S. and several countries in Africa. In recent years, Lynne spearheaded the development of a birthing center in Gulu, Uganda. This dream of beginning construction and assisting expectant mothers is now nearly a reality, thanks to her vision and dedication.
Services: An Interfaith Memorial Service, Friday, April 5, at 7 p.m. at Second Presbyterian Church, 4501 Westminster Pl., St. Louis, 63108. A Catholic Mass for Family, Close Friends and Sisters, Saturday, April 6, at 11 a.m. at Sisters of St. Joseph of Carondelet, 6400 Minnesota Ave, St. Louis, 63111. In lieu of flowers, memorials may be sent to DOORWAYS for the Lynne Cooper Initiative for At-Risk Youth, 4385 Maryland Ave., St. Louis, MO 63108 or for the birthing center in Gulu, Uganda in c/o The Sisters of St. Joseph of Carondelet, 6400 Minnesota Ave, St. Louis, MO 63111 Attn: Development Department/ Gulu Birthing Center.

To plant trees in memory, please visit our Sympathy Store.
Published by St. Louis Post-Dispatch on Mar. 21, 2013.
MEMORIAL EVENTS
No memorial events are currently scheduled.
To offer your sympathy during this difficult time, you can now have memorial trees planted in a National Forest in memory of your loved one.
GUEST BOOK
20 Entries
I enjoyed laughing with Lynne at parties when I would see her. Very special memories.
Jeff Brown
April 7, 2013
Bless Lynne and her ministries and family and friends. I last saw her at the Senior Olympics in St. Louis, she had a zest for life. I had students work at the wonderful home called Doorways last summer. She will be missed by our whole community. We took a class together years ago at Care and Counseling. I feel blessed that our paths crossed when they did.
Much Love,
Mary Pat Henehan, DMin.
Mary Pat Henehan
April 4, 2013
Lord, pleaae be with Lynne's family and receive her in you gracious arms because sje worked all her life for you. Please give her family comfort and bless Lynne with the grace of heaven that you promised for your disciples. In the name of the Father, Son and Holy Spirit. Amen.
Alicia Gazaway Rainwater
April 3, 2013
I have been looking for Lynne for years and then finally found this obit. I am so proud of my friend and all she has done for the Lord. Please know she is truly in Jesus' arms and has even met up with my precious mommy, Gwen. May God give you his comfort. I Will have my church, St. George Catholic in Newnan, GA do a Mass for her. May God Bless and keep you all.
Alicia Gazaway Rainwater
April 3, 2013
I have been looking for Lynne for years now and finally found this obit a month too late. I am so proud of my friend and all she accomplished for the Lord. May God give you comfort and May you know she is truly in Jesus' arms today. I Will have a Mass said at St. George in Newnan. She is up there and reconnected with my precious mother, Gwen. God bless you.
Alicia Gazaway Rainwater
April 3, 2013
My thoughts and prayers are with the family, caretakers and close friends.
Janet Crites
April 2, 2013
Rest in peace.
Sr. Susan
susan klepper, csj
March 28, 2013
Lynne, You will no dout be truely missed ,you have touched a lot of lives . speak of an angle you were mine!
March 26, 2013
Lynne was a wonderful women and will be missed. May she Rest in Peace.
Chashell Martin-Key
March 25, 2013
I had the pleasure of working with Dr. Cooper on several projects, as a client and as a friend. She will be missed but not forgotten. Every time we think about "compassionate care" we will think about Lynne Cooper. Her love for people was evident in her every day life.
March 25, 2013
so glad to have known Lynne; seeing her smile at the Gym was always uplifting. 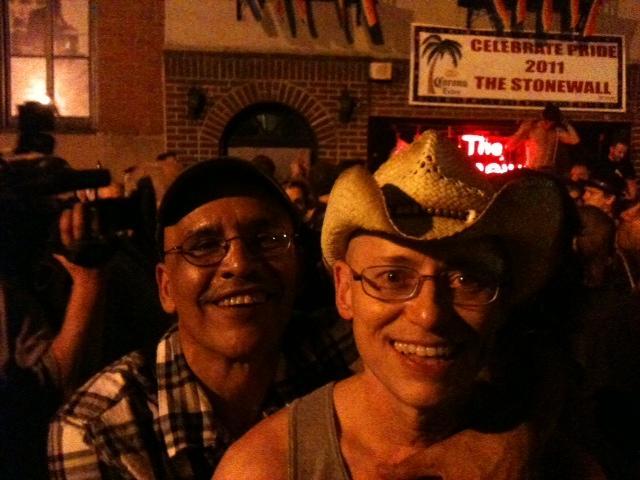 Lynne's love continues to nurture the homes and hearts of the world of people she brought together.
Phillip Zinser
March 21, 2013
Lynne was a pioneer and a trailblazer for her chosen causes (poverty, HIV/AIDS, housing, education, LGBT rights, and more), but, more importantly, she was a great friend and a generous human being who gave so much love and wit and laughs to many people. I, for one, will miss her dearly, but I know she's going forward into the next big adventure with guns blazing.

thank you, Lynne, for all you did for me and for so many others!
Kyle Kratky
March 21, 2013
Lynn was a wonderful human being who gave everything she had to other people. She was a friend, and I will miss her.
March 21, 2013
Thank you Dr. Cooper for teaching others to do their LEVEL BEST. Be an ANGEL for my husband, your golf buddy; Officer Raymond Collins and our beautiful Alexa. Your efforts were not in VAIN.......THANK YOU LYNNE
Yvette Wren-Collins
March 21, 2013