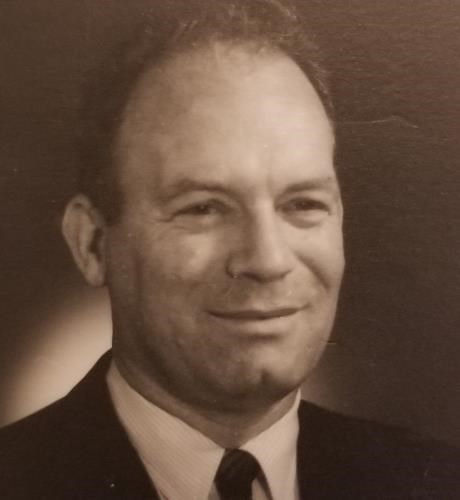 of Nitro, West Virginia passed away peacefully the evening of March 13, 2020 at the age of 91. Robert was preceded in death by his father, Earl and his mother, Ethyl. Also preceded in death was his wife Dena of 55 years and his daughter, the late Jeanne Kerls. Loving father to Sandra Hammerly and Julie Kenney. Loving father-in-law to Bill Hammerly, Stephen Kenney and Gene Kerls. Dear grandfather of Laura (Doug) Kane, LeaAnne (Peter) Banholzer, Dena (Henry) Johnson and Katie Kerls. Dear great-grandfather of Kelsey and Jeffrey Zeilmann, Abigail, Cooper and Megan Banholzer, Michaela Johnson, and Keeley and Bradley Kane. Beloved uncle to Larry, Perry, Kimberly, Allan, and the late Jeffrey (Debbie) Estep. Robert was preceded in death by his sister Erma, also his brothers Grenfall, Earl Jr., Bernard, Kenneth and Keith.

Robert was a drafting supervisor for 40 years at Monsanto. He returned to Monsanto to do consulting for an additional 12 years. He also was a member of the Masonic Lodge. In Robert's younger years, he enjoyed fishing in the mountains of West Virginia with his brothers. He bowled on a league with his wife, Dena. Bob and Dena were accomplished exhibition and ballroom dancers, dancing at The Chase Park Plaza Hotel and on The Admiral. In his later years, he enjoyed reading books, gardening with his wife and was and avid nature lover. Robert enjoyed traveling with his wife to the Pacific Northwest, Texas, Yellowstone National Park, Branson, Missouri; Estes Park in Colorado, and Sanibel Island, Florida- where his extended family would join him on vacation.

So sorry to learn of Bob's passing. Bob was a good friend of my folks Joe and Ebbie and was always so kind to all. May God bless you all in this difficult time.