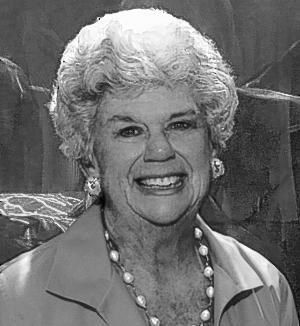 Higgins, Sally (nee Woolwine), Thursday, April 19, 2018. Dearest wife of the late Jack Kirby Higgins; loving mother of Christy Higgins Hooper of Atlanta, GA and Scott S. Higgins of Denver, CO; dear grandmother of Haley E. and Brooks J. Hooper and Kendall, Danielle, Andrew and John Higgins; dear motherin-law, cousin and friend. Sally was the daughter of the late Lucile and Eldred Woolwine, Jr., was born in St. Louis on June 1, 1935. She was the granddaughter of the late Robert W. Brooks, Founder of the Brooks Paper Company of St. Louis. She graduated Cum Laude from Mary Institute in 1953, where she excelled in sports and was a member of the Varsity Club. Following graduation, she attended Vassar College. Subsequently, her business career took her to New York, where she was employed by CBS, Merrill Lynch, and First National City Bank. After moving back to St. Louis, she met her husband, Jack, on a blind date playing in a mixed doubles match at the Triple A Tennis Club. They were married in 1967 at Central Presbyterian Church and lived in Chicago, Illinois, where Jack was the Regional Marketing Manager with the Coca-Cola Company. Shortly thereafter, they were transferred to Dallas, Texas, where their daughter, Christy, was born. Sally and her family then moved to Atlanta, Georgia, where they lived for several years before moving back to St. Louis in 1978, when Jack joined Anheuser-Busch, Inc. There, Christy was enrolled as a third generation attendee of Mary Institute, now MICDS, and also graduated Cum Laude. Through the years, Sally was an active parent and remained an active member of the Alumnae Association. Sally has supported and been an active member of the Humane Society of Missouri Friends Council and its Long Meadow Rescue Ranch, the St. Louis Zoo Friends, and Girls, Incorporated Best Friends. She was a former member of the St. Louis Junior League and served as a member of the Frontenac Police and Fire Commission. She was a long-time member of Ladue Chapel. Over the years, Sally continued pursuing her love of tennis, playing competitively in many more mixed doubles matches with Jack and her friends. Her other interests included playing piano, photography, and gourmet cooking. She once said her crowning achievement was performing with the Phoenix Pops Orchestra at an IGA Conference in Scottsdale, Arizona, where she played In the Mood and a medley of George M. Cohan songs. Her favorite way to start the new year was parasailing with her grandchildren. Services: A Memorial Service will be conducted at Ladue Chapel Presbyterian Church, 9450 Clayton Rd., Ladue on Monday, April 30, 2018 at 11:00 a.m. Private interment at Bellefontaine Cemetery. In lieu of flowers, memorial contributions appreciated to The Humane Society of Missouri or the St. Louis Zoo. The family will receive friends at LUPTON CHAPEL, 7233 Delmar Blvd., University City on Sunday, April 29, 2018 from 5:00 p.m. to 7:00 p.m. Online condolences at www.luptonchapel.com A SERVICE OF LUPTON CHAPEL

To plant trees in memory, please visit our Sympathy Store.
Published by St. Louis Post-Dispatch on Apr. 22, 2018.
MEMORIAL EVENTS
No memorial events are currently scheduled.
To offer your sympathy during this difficult time, you can now have memorial trees planted in a National Forest in memory of your loved one.
Funeral services provided by:
Lupton Chapel - St. Louis
GUEST BOOK
2 Entries 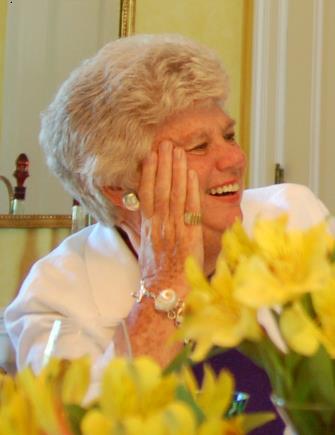 Sally was a wonderful, high energy, got it all woman. My mother (Deborah Bair Martin) and Sally were pals at Mary I. Sally had friends/family in Nashville and would always take the time to look us up when she came to town. She'd drive down by herself as recently as a few years ago. A real inspiration. Everybody loved Sally. God rest her soul.
Andy Martin
April 25, 2018
It was a delight getting to know you, Thank you.
Judith
April 24, 2018