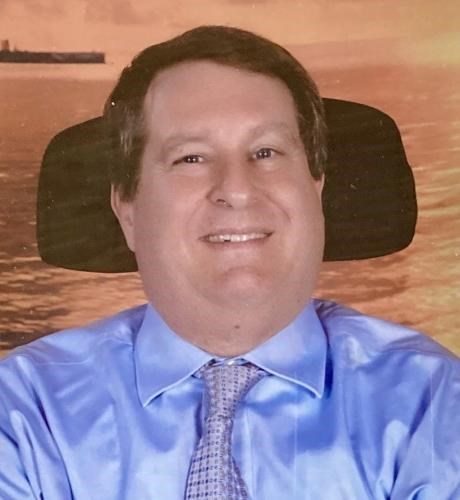 Terry was born on September 19, 1961 in St. Charles, Missouri, the son of Elroy Orf and Donna (Prague) Orf. He graduated from St. Charles High School and earned his bachelor's degree in Accounting from Lindenwood University on May 22, 1982. On April 25, 1987, he was united in marriage to Elizabeth Plummer who survives.

Terry enjoyed a life-time involvement with the Boy Scouts of America. He earned his Eagle Scout rank as a young man and then became involved as an adult as his sons joined. He was active in the Great River Council and attended Philmont Scout Ranch three times. He was active in Alive in Christ Lutheran Church as Board President and as an Elder. He enjoyed his participation in the Rock Bridge High School Band Boosters. He built a career in the food service industry as President of Ameriserve and Vice President of Operations for its parent company, Aladdin. He retired in December 2014 due to ALS. Prior to his ALS diagnosis, he and his family enjoyed many camping trips, hiking, boating, visits to national and state parks and historic sites, and enjoying the Katy Trail. As his ALS progressed, he maintained his enjoyment of the outdoors, history, and valued his time spent with friends and family.

Contributions in Terry's honor may be made to the ALS Association in care of the funeral home or by donating online at https://www.als.org/donate.

Online condolences may be made at