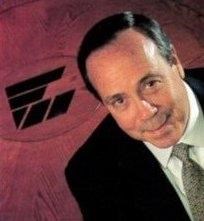 Thomas P. Dunne, Sr. of St. Louis, MO and Naples, FL passed away on Sunday, January 3, 2021 at the age of 77. He was preceded in death by his wife, Jacqualyn V. Dunne (nee Resa). Beloved son of the late Thomas C. and Adele A. (nee Maliner) Dunne. He is survived by his two children, Cynthia N. Dunne and Thomas P. Dunne, Jr., and six grandchildren: Jessica, Joshua, Jincy, Josey, James and Joy Dunne. His beloved companion for the past 20 years Kathy L. Linsin.

Tom graduated from Christian Brothers College (CBC) in 1961. During the summer breaks, he started working at Fred Weber, Inc. (FWI) as a laborer where he discovered his passion. In 1965, he graduated from Washington University with his B.S. degree in Civil Engineering. Upon graduation, he started working full time at FWI and received his Professional Engineer registration in 1970. Shortly, thereafter, at 27 years of age, he was promoted to Vice President of Construction. He worked his way up to Executive Vice President in 1978, President in 1980, and Chairman of the Board and Chief Executive Officer in 1986 after a management buyout from the Weber family. Under his leadership from the 1980's through his retirement in 2012, the company grew from $75M to $375M in annual revenues. Tom developed the corporate motto 'The 'We' in Weber Makes the Difference,' valuing employees as the greatest asset of the company.

Throughout his career, Tom served on a variety of Boards including St. Louis University Board of Trustees, Missouri Baptist Medical Center, and World Presidents' Organization. He was a founding member of the Regional Business Council and served on the Executive Committee for three terms. He chaired the Public Policy and Infrastructure Committees and developed Forward Metro St. Louis, a business and civic collaboration to improve the quality of life in St. Louis.

Tom was a devout Catholic. He treated the opportunity to help others as a privilege and often chose to forego recognition for his kindnesses. He generously supported the St. Louis community through the St. Patrick's Center, Backstoppers, CBC High School, Marygrove Children's Center and Chaminade College Prep and Whitfield School.

In Naples, Tom was active as a member of Bear's Paw Country Club, Naples Sailing and Yacht Club and Greater Naples Leadership, Inc.

Amongst everything Tom achieved throughout his lifetime, he considered his children and grandchildren his greatest accomplishments.

To plant trees in memory, please visit our Sympathy Store.
Published by St. Louis Post-Dispatch on Jan. 8, 2021.
MEMORIAL EVENTS
Jan
13
Memorial Mass
10:00a.m.
Cathedral Basilica of St. Louis
4431 Lindell Blvd, St. Louis, Missouri
GUEST BOOK
13 Entries
another line man passas away from the cbc football team . tom was a friend and a cbc fund raiser he will be missed and god bless him say to hello to rick j.
jeremiah curtin
January 18, 2021
I have had the great honor and privilege to work with Tom as his physical therapist and trainer in Naples. He always worked hard and wanted to improve himself and never gave up! My condolences and sympathy to all his family and friends as He will be surely missed by me and many. God bless!
Paula Allia
January 14, 2021
So sorry. R I P Tom
Woody Zenfell Jr, former Ex. Asst., St Louis Area Construction Users Counci
January 13, 2021
Mr. Dunne was one of the kindest most generous men that I have ever know. It was a true pleasure to know him and his beautiful family.
Kate Kloeber
January 12, 2021
To a great man and a wonderful leader. You are missed.
Steve Sebastian
Friend
January 11, 2021
Tom Dunne was our neighbor during his adolescent years and became a good friend of the Edick family. Our parents, George and Norma Edick gave Tom emotional support and comfort during a period of his life after the passing of his mother. George and Norma were always grateful for having had such a great friend and of the accomplishments Tommy achieved throughout his career. You have our deepest Sympathies, The Edick Children, Greg, Chris, Jan
Edick Family
January 11, 2021
I was saddened to hear of Tom´s passing. I met him in the early 90s and he left an indelible impression. He was a true role model, especially philanthropically. When we built the Chesterfield interchange he was the first to call. He said he could do it more economically than anyone else. My relationship with him blossomed over that project. Without him, the interchange would have never been built. He made Chesterfield, and St. Louis, a better place. Working with and around him I was able to see what a great person he truly was. He will be missed.
Michael Staenberg
January 11, 2021
I am so sorry for your loss. My heart felt sympathy to your family. My prayers are with you during this difficult time.
Steffanie bittner
January 11, 2021
Went to Washington University with Tom and have always considered him a friend. All honor to his name.
Paul A Faust
January 10, 2021
Dear family of Tom Dunne- I am incredibly sorry for your loss. My mother worked for Mr Dunne for 25 years and he was also named My Godfather in 1990. Although it's been over 20 years since I've seen him, he was always very kind to me and told me if I needed anything he would be there. His kindness meant so much to me as a child. I pray for peace for your family during this difficult time.
Jamie Robison
January 9, 2021
My thoughts and prayers are with your family during this sad time.
Jill Brooks
January 9, 2021
Tom was one of the best people that I ever met. He was a great mentor and friend to me and I will never forget him. Rest in God's Peace. Tom
Tom Irwin
January 8, 2021
Tom, Tammy and family, Our prayers are with all of you during this difficult time.
Mike and Mary Kierath
January 8, 2021