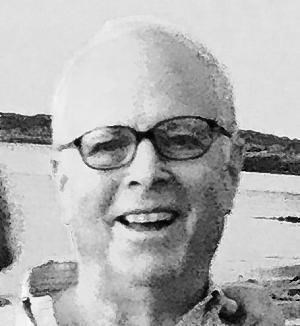 FUNERAL HOME
Lupton Chapel - St. Louis
7233 Delmar Blvd.
St. Louis, MO
Borders, William William Borders, a graduate of John Burroughs School (1956), Yale University (1960), and a former foreign correspondent and editor at The New York Times in a 46-year career there, died on February 28, 2018 at his home in New York City. He was 79. His son, William Borders III (Will), said his father's death was unexpected, resulting from a heart arrhythmia. William Alexander Borders was born on January 11, 1939, in St. Louis, Missouri, to William Alexis Borders and the former Kate Thompson. His father was a banker and chairman of Ozark Airlines and, during World War II, the chief of staff to General George S. Patton.

Bill's marriage in 1967 to Barbara Burkham, also of St. Louis, ended in divorce in 1984. He did not remarry. Besides his son, he is survived by his daughter-in-law, Ann, and three grandchildren, Vera, Kate, and Alex of Chicago, Illinois; his sisters, Carolyn Danforth and Kate Moore; and a brother, John, all of Ladue, Missouri. Another brother, Guy, died in 1975. Fresh from Yale, Bill joined the New York Times as a copy boy in 1960. Promoted to reporter, he was assigned over the years to cover Nigeria, Canada, India, and Britain before being appointed deputy foreign editor in 1982. A year later, he was named editor of The Week in Review (now called Sunday Review). He supervised that Sunday section until early 1989, when he was promoted by Max Frankel, the executive editor, to a senior editing position in charge of the newsroom in the evenings as it assembled the next morning's newspaper. He oversaw the paper's coverage in those hours, its newsprint presentation and, after the first edition went to press, follow-up planning for the next day.

Besides practicing distinguished journalism as a reporter and editor, Mr. Frankel said, Bill provided a rare serenity in the midst of all the excitement and so helped us always to keep our cool and achieve our best. Bill later held a top administrative position overseeing the New York Times' writing and editing standards, distributing virtually every day a detailed internal post mortem critique of what reporters and editors had done right and what they hadn't. He also acted as a liaison with readers, fielding their questions, complaints and sometimes compliments. He retired in 2006. His first foreign assignment, in 1970, was to Lagos, Nigeria, where he began reporting on the famine in the secessionist state of Biafra during the Nigerian civil war. His initiation, he recalled, was being seized by the Nigerian Army and held captive for two days without food or water. Somehow I had been led to believe that the life of a foreign correspondent was a glamorous one - a lot of sitting around beach cabanas with kings, prime ministers, agas and other such folk and occasionally cabling New York for money, Bill later wrote. But that was before my trip to Biafra, he added, and the image now seems very distant. He was one of the most considerate and thoughtful people I ever knew on the New York Times staff, said Craig R. Whitney, a former foreign correspondent and editor who recruited Bill as his deputy. He had a great sense of humor, was appreciative of good writing and did his best to make sure it survived the editing process.

Bill devoted the greater part of the last two decades to helping recovering alcoholics like himself. He began by answering the phone every Thursday night at the New York Intergroup, the organization that supports Alcoholics Anonymous (AA) in the New York City area. While he continued to handle hotline phone calls every Thursday of his 18 years of sobriety, he also served on Intergroup committees and eventually became chairman of its steering committee. Once a month for the last five years he traveled up the Hudson River to Sing Sing Correctional Facility to conduct an AA meeting for prison inmates, taking fellow members of AA with him to tell their stories at those meetings.

Bill was on the board of Stepping Stones, a foundation devoted to maintaining the home of AA's co-founder, Bill Wilson. He cofounded an AA meeting at a homeless mission in downtown Manhattan and a Big Book study group focused on the book Alcoholics Anonymous, AA's seminal text. In addition to these significant contributions of service, Bill devoted countless hours to helping others achieve and maintain sobriety, both as a sponsor guiding individuals in recovery and more informally on a day-to-day basis in meetings, diners and coffee shops, enjoying fellowship and sharing stories. Service: A memorial service will be conducted at The Church of St. Michael and St. George, 6345 Wydown Blvd., Clayton, on Saturday, March 10, 2018 at 11:30 a.m. Private internment, Fee Fee Cemetery and private visitation Lupton Chapel. In lieu of flowers, memorial contributions appreciated to the Hazelden Betty Ford \Foundation http://www.hazeldenbettyford.org/donate
To plant trees in memory, please visit our Sympathy Store.
Published by St. Louis Post-Dispatch on Mar. 7, 2018.
MEMORIAL EVENTS
No memorial events are currently scheduled.
To offer your sympathy during this difficult time, you can now have memorial trees planted in a National Forest in memory of your loved one.
Funeral services provided by:
Lupton Chapel - St. Louis
MAKE A DONATION
MEMORIES & CONDOLENCES
4 Entries
You are still loved and greatly missed.
Williston Barr
Friend
May 1, 2020
Bill,
Tu as été un ami extraordinaire. Je vais avoir beaucoup de mal à vivre sans ton amitié, ton soutien, ton humour, ton charme, ta compassion... Nous pleurons ton absence. Tu vas terriblement nous manquer
Maxime
March 11, 2018
Showing us all how it's done!
What a wonderful inspiration Billy was.
Take great care of yourselves.
Hugs, PF
March 10, 2018
I am so sorry for your loss. May the God of all comfort help you through this difficult time.
March 7, 2018
Showing 1 - 4 of 4 results