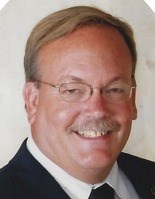 BORN
1957
DIED
2020
FUNERAL HOME
Boeke Funeral Home
201 E. Minnie
Radcliffe, IA
Steven Topp
Radcliffe - Steven Topp, age 62, passed away on Tuesday, October 27, 2020, at his home in Radcliffe, IA. A public graveside funeral service was held at Sherman Township Cemetery, rural Hubbard, on October 31, at 2:00 pm. Steven David Topp was born on December 3, 1957 at the Eldora Hospital in Eldora, IA. He was one of three children born to David and Carole (Mossman) Topp.He was baptized on March 30, 1958 and was confirmed on June 13, 1971 at the St. John's United Methodist Church in Radcliffe.Steve grew up on a farm near Sherman, IA. He received his education by attending the Radcliffe Public School where he graduated with the Class of 1976.After high school, Steve worked for Butler Manufacturing in Story City, Radcliffe Co-op Cattle Confinement and the Radcliffe Co-op Service Station. He then worked for American Packaging in Story City for 13 years. He worked at True Value Hardware in Story City. He was odd job man in Radcliffe, mowing numerous yards, cutting trees and anything else that was asked of him. He also mowed the Hubbard Golf Course for a number of years. Steve served as an E.M.T. for the City of Radcliffe Ambulance Crew.On August 19, 1979 Steve was married to Kelly Dougan at the St. John's Evangelical Lutheran Church in Hubbard. They had two children, Nicholas and Natalie. They later divorced. He was married to Stacey Jacobson on September 19, 2009 in the St. John's United Methodist Church in Radcliffe. Those remaining to cherish his memory include his wife Stacey of Radcliffe; son Nicholas (Erin) Topp of Cambridge; daughter Natalie (Michael) Young of Ames; four grandchildren Makayla and Samuel Young and Gwendolyn and Camden Topp; mother Carole Topp of Radcliffe; brother Matthew (Rose) Topp of Hubbard; sister Rachel (Kirk) Haugland of Story City; along with many other relatives and friends.Steve was preceded in death by his father.
Memorials contributions may be directed to the family for a memorial fund to be established.
Boeke Funeral Home of Radcliffe is in charge of arrangements.
Published by Story City Herald from Oct. 29 to Nov. 4, 2020.
To plant trees in memory, please visit the Sympathy Store.
MEMORIAL EVENTS
Oct
31
Graveside service
2:00p.m.
Sherman Township Cemetery
rural Hubbard, IA
Funeral services provided by:
Boeke Funeral Home
MAKE A DONATION
MEMORIES & CONDOLENCES
Sponsored by Boeke Funeral Home.
0 Entries
Be the first to post a memory or condolences.