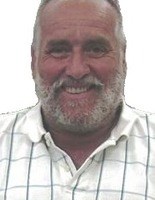 BORN
1956
DIED
2021
FUNERAL HOME
Hackman Family Funeral Homes - Hackman Chapel
114 S Nottawa St
Sturgis, MI
Charles Bryant Speicher
Sturgis - Charles Bryant Speicher age 65 of Sturgis, Michigan passed away early Tuesday morning Tuesday, July 6, 2021 at the Heartland health Care Center in Three Rivers.
He was born January 9, 1956 in Sturgis, Michigan son of the late Milton Robert and Billie Yvonne (Beckwith) Speicher.
Charlie resided most of his life in Sturgis where he was class president and graduate of Sturgis High School with the class of 1974.
He had been employed by Abbot Laboratories in Sturgis for several years and also worked at Goshen Coach and Grumman Olson where he was forced to take an early retirement due to health issues.
He attended the St. John's Episcopal Church in Sturgis.
Charlie enjoyed woodworking and he had a true appreciation and love of the outdoors one of his favorite activities was ice fishing.
He is survived by one son: Ryan Speicher of Sturgis; one daughter: Naomi Speicher of Elkhart, Indiana; two grandchildren; two sisters: Patti (Steve) Stark of Sturgis and Debbie (Herb) Williams of White Pigeon; sister-in-law: Cindy Speicher of Climax and several nieces and nephews.
He was preceded in death by his parents and brother: Michael; Speicher.
In accordance with his wishes cremation has taken place. A memorial graveside service and burial will take place at 2:00 P.M. Saturday, July 17th at the Oak Lawn Cemetery in Sturgis.
Memorial donations would be appreciated to the Hackman Family Funeral Homes, 114 S. Nottawa St., Sturgis, MI 49091 who is entrusted with the arrangements.
The obituary is also at www.hackmanfamilyfuneralhomes.com where we encourage relatives and friends to share memories and leave condolences for the family.