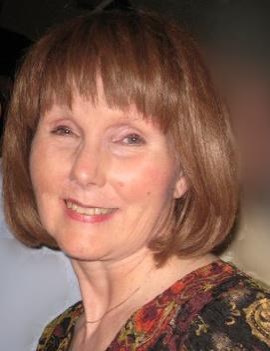 Memorial services held 11am, Saturday, October 16, 2021, at the United Methodist Church in Madelia, MN, with Rev. Dorie Hall officiating. Visitation held 4-7pm on Friday at Sturm Funeral Home in St. James and again one hour before services at the church on Saturday.

You may send the family condolences online at www.sturmfh.com. Arrangements are with Sturm Funeral Home in St. James.

Jane 'Jaine' Leah Moran was born December 19, 1956, at Lake Ronkonkoma, NY, the daughter of Jack Moran, PhD. and Jane (Thomsen) Moran. She graduated from Edina East High School in Edina, MN, where she was a top synchronized swimmer. She went to the University of Minnesota where she graduated with a degree in Associate of Arts. While there, she was a member of the sorority, Alpha Chi Omega.

On May 5, 1979, she married Rev. Clinton F. Firstbrook, III, at Souls Harbor Church in downtown Minneapolis, MN. She then joined her husband in rural Stanley, WI, where he was a pastor. The couple had two children, Alicia Elizabeth Jane and Clinton F. IV. (Casey). Over the years, she worked as an asst. activities director at a nursing home, gave swimming lessons at the YWMCA, sold Avon and Tupperware, where she won numerous awards for her salesmanship, and worked at the Renaissance Fair. Earlier, while in 9th grade in Edina, at age 14, she developed Acute Lymphoid Leukemia. She wasn't supposed to live but ended up part of the 2% survival group. Later while married and after the birth of her second child, Clinton IV, she began losing her eyesight and underwent emergency brain surgery in Springfield, IL, near where her husband was pastoring, this time it was a tumor on her optic nerve. She was told she might never see again, though eventually her sight was restored. After chemotherapy and radiology at the Masonic Hospital at the University of Minnesota, she went into remission from cancer in 1983. In 2015, she suffered a debilitating stroke from the radiation treatments that had previously helped save her life twice.

She enjoyed board games, especially rummikub, attending Mankato Moon Dogs baseball games, watching the Minnesota Twins on TV and movies on the Hallmark Channel. She was a member of the Eastern Star, Pho Tau Pho and the Alpha Chi Omega Alumni Chapter, past member of the Women of Today, and regularly participated in the Relay for Life as a cancer survivor. She loved eating out especially at the Olive Garden restaurant. She loved calling friends on the phone and sending and receiving Christmas cards and letters. She spent many hours studying the Bible, and one time memorizing the entire Christmas story from scripture. The word "Hope" had special meaning to her. She never complained about her situation in life and was a loving wife and mother and special help to her husband in ministry. They were married 42 years. Truly, Jaine was an inspiration to all who heard her testimony or met her.