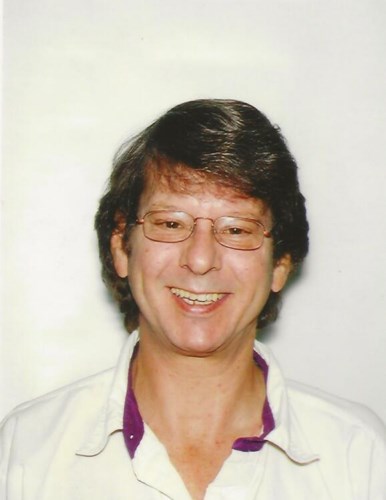 BORN
1958
DIED
2021
FUNERAL HOME
Gill Brothers Funeral Directors - Southwest
5801 S Lyndale Avenue
Minneapolis, MN
Holding the hand of Jesus on his way, our brother Ronald Dean Webster (Ron) joined his identical twin Robert Dale Webster (Bob) and our parents for well-deserved eternal life in Heaven on Thursday Oct 7, 2021. Ron passed away of natural causes while watching football as he loved to do especially when the Vikings played. Ron & his identical twin Bob were born in Stockton, California July 4, 1958, & they liked to joke that the entire country celebrated their birthday every year. We moved to Bloomington in 1966 and Ron lived in Bloomington ever since. He was a 1976 alumnus of Thomas Jefferson High School & attended the University of Minnesota where he studied the hospitality program. Ron was a gregarious man who loved his family deeply. He was the grill master in the family & was always eager to agree or argue about sports, politics, or whatever while grilling a steak. He loved to entertain, try new foods, play games, & have long discussions with us. He would unhesitatingly help any of us whether we asked him or not. In recent years, & particularly when the other siblings all moved out of state, Ron became the primary caretaker of our mom, Nancy Webster; they shared a special bond including a love of corny jokes. He took infinite care of mom at home when she became physically frail and before she moved to assisted living the year before she passed away. With Ron's care and devotion (and some help from his siblings), Mom was able to stay home as long she did. When she moved, Ron would take 3 buses three times a week to bring her Diet Coke, fresh berries, the best chocolate, & of course, to spend time with her. He played innumerable rounds of the Ukrainian card game Hola with her, shared great meals, & watched their favorite old movies, sitcoms, and late-night television hosts together. Our appreciation for the care and companionship he gave to Mom is beyond words. Ron was proud and happy to stand by, in different roles, for his siblings when they married. He was best man for Albert and Nancy and a groomsman for Gail and Bill. He was a big fan of Jim and was elated when JoAnne announced their "secret" marriage. "Uncle Ron" was his favorite moniker. The great joy of his life was his nephew, Ethan. Ron spent as much time with Ethan as he could, either in AZ or in MN when Ethan came to visit him and Grandma. Who can forget the two of them playing with Thomas the Train, and hours swimming in the pool? Uncle Ron would do everything he could with Ethan, including feeding him when he was a baby and taking him to the park in the stroller. As Ethan got older, they picked fresh tomatoes; attended Easter egg hunts; went to the zoo and various sports games; went out to eat (they both love fine food); prepared meals together; and, recently attended the State Fair (Ron loved the fair). Lately, Ron listened to Ethan play his violin over the phone, talked with him about school, the NFL, and Ethan's sports. Ethan, now 13, will deeply miss his buddy, Uncle Ron. Ron loved to play golf from an early age and with the family, a wager was always involved. We have long lost track of how much in unpaid bets he owes or is owed. He learned to play at Dwan as a teenager and for over 50 years it was his favorite course. Recently, Ron played courses and lost bets in Arizona and Ottawa. It was important to Ron to photograph the places visited, particularly golf courses. He also loved playing poker with his friends and for years organized a regular game where he shamelessly seemed to win the largest pots.

Ron visited all of us in the various places we moved to: Nancy and Albert in Winnipeg and Ottawa, JoAnne, Jim, and Ethan in AZ, and Bill and Gail in CA. He really loved going to all the local and nearby sites and places and we had a lot of fun taking him. Only a few years ago he went to Niagara Falls with Nancy and Albert and on the way visited our Uncle Larry and Aunt Helen who we had not seen for some time. Ron really enjoyed reconnecting with them. He also greatly enjoyed his visit with his cousins, Carol and Pete, when they visited MPLS after our mom passed. Ron was a good neighbor and took pride in keeping the lawn and house in shape, his neighborhood fireworks display, and his Christmas light display. Friendship and loyalty to friends was important to Ron. He was good friend to many and they will miss his jovial personality. Ron had several jobs through the years. He was particularly fond of his job working as a young man as a bartender at the Registry Hotel, in the advertising department of the Star and Tribune and later as a stock broker. Ron worked for many years at Cub Foods Valley West. He enjoyed interacting with customers and his fellow employees; he was always smiling. Sadly, he died less than a year after he retired. Ron is predeceased by his dad Robert Joe Webster (Bob); his identical twin brother Robert Dale (Bob); and his mom, Nancy Webster. Ron leaves behind to mourn, his siblings: Nancy Marie Webster Cole (Albert Cole); William 'Bill' Alexander Webster (Gail, nee Koeske); JoAnne Ileen Webster Atwood (Jim Atwood) and their son, Ethan; and his sister-in-law Sheila Webster, nee Koffler. He also leaves behind his uncle, Larry Hryciw (Helen); his aunt, Elaine Webster; and various cousins; in particular Leah Hryciw and Chris, Bonnie Harris, Carol Gojan, nee Hryciw (Peter), and Nancy Hryciw. Ron will be greatly missed by his family and will be remembered for his love of simple pleasures and his lightheartedness. He was saddened, and his life was deeply affected, by the loss of his twin brother and his mother. His passing has put him at peace. Ron, you went away so suddenly, we did not say goodbye, but siblings can never be parted, precious memories never die. Ron was proud of our Ukrainian heritage and so to Ron we say diborja. If you would like to make a donation in Ron's name, the family suggests the Humane Society of the United States or of Canada...and flights of angels sing thee to thy rest. Vichnaya Pamyat (Memory Eternal)
Published by Sun Current from Oct. 20 to Nov. 3, 2021.
To plant trees in memory, please visit the Sympathy Store.
MEMORIAL EVENTS
To offer your sympathy during this difficult time, you can now have memorial trees planted in a National Forest in memory of your loved one.
Funeral services provided by:
Gill Brothers Funeral Directors - Southwest
MEMORIES & CONDOLENCES
Sponsored by Gill Brothers Funeral Directors - Southwest.
1 Entry
Rest In Peace Ron! I Met Ron At The Cub Store In The Valley West Shopping Center! He Always Had A Big Smile On His Face, I Knew His Friend Kris Who Also Worked At Cub. And I Went Too The Casino A Couple Of Times With Him And Kris. We Had A Really Fun Time And It Seemed Like Ron Always Won! And He Always Had A lot Of Funny Stories To Tell. That Made Me Laugh! I´ll Never Forget Him, He Was A Great Person And He Will Be Miss By Everyone "Well My Friend Ron Your In Gods Hands Now" God Bless You!!
Ed Schuenke
Friend
October 19, 2021
Showing 1 - 1 of 1 results